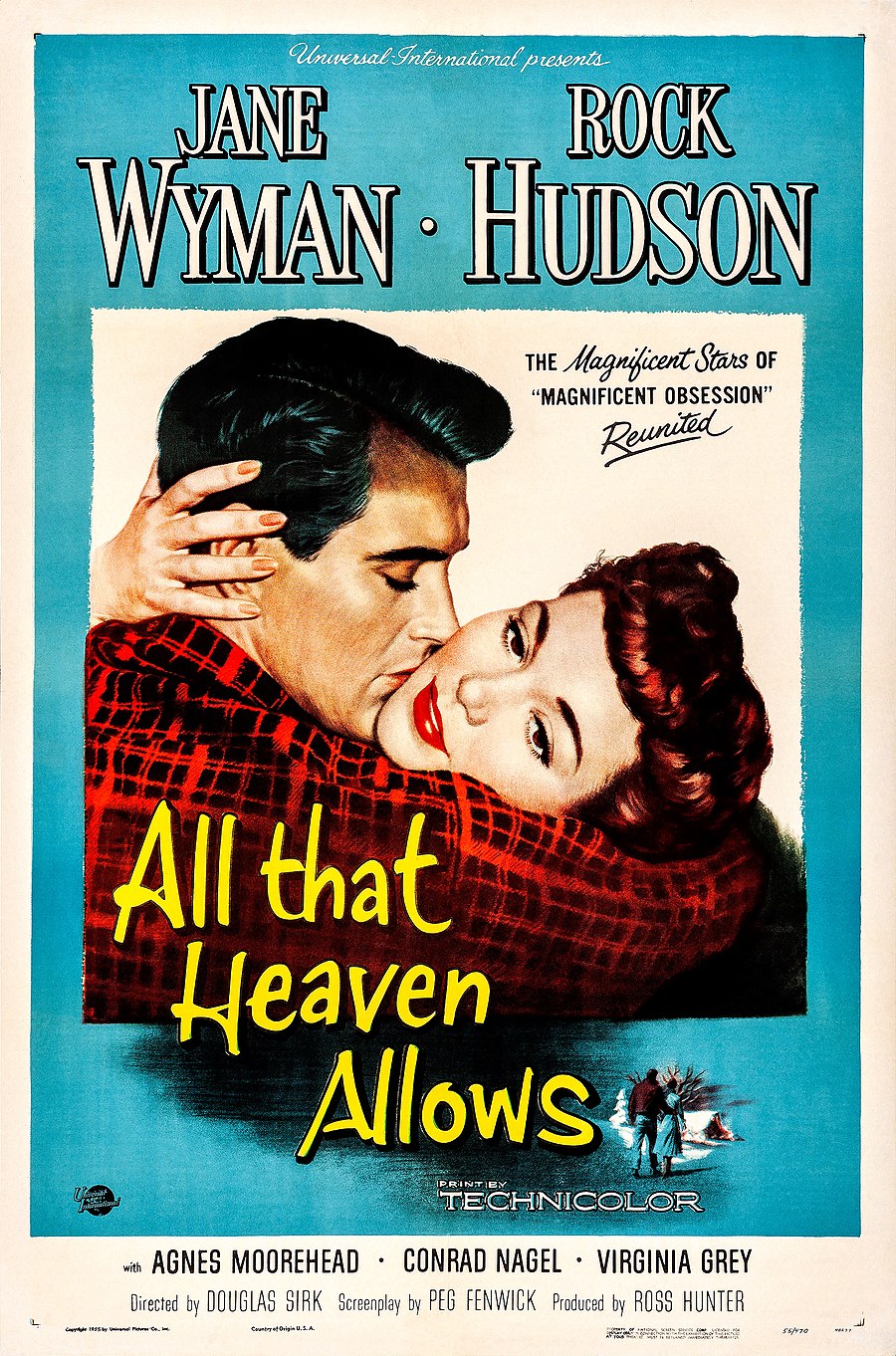 All That Heaven Allows 1955

All That Heaven Allows is a 1955 Technicolor melodrama starring Jane Wyman and Rock Hudson in a tale about a well-to-do widow and a younger landscape designer falling in love. The screenplay was written by Peg Fenwick based upon a story by Edna L. Lee and Harry Lee. The film was directed by Douglas Sirk and produced by Ross Hunter.

Cary Scott (Jane Wyman) is an affluent widow in Stoningham in suburban New England, whose social life involves her country club peers, college-age children, and a few men vying for her affection.