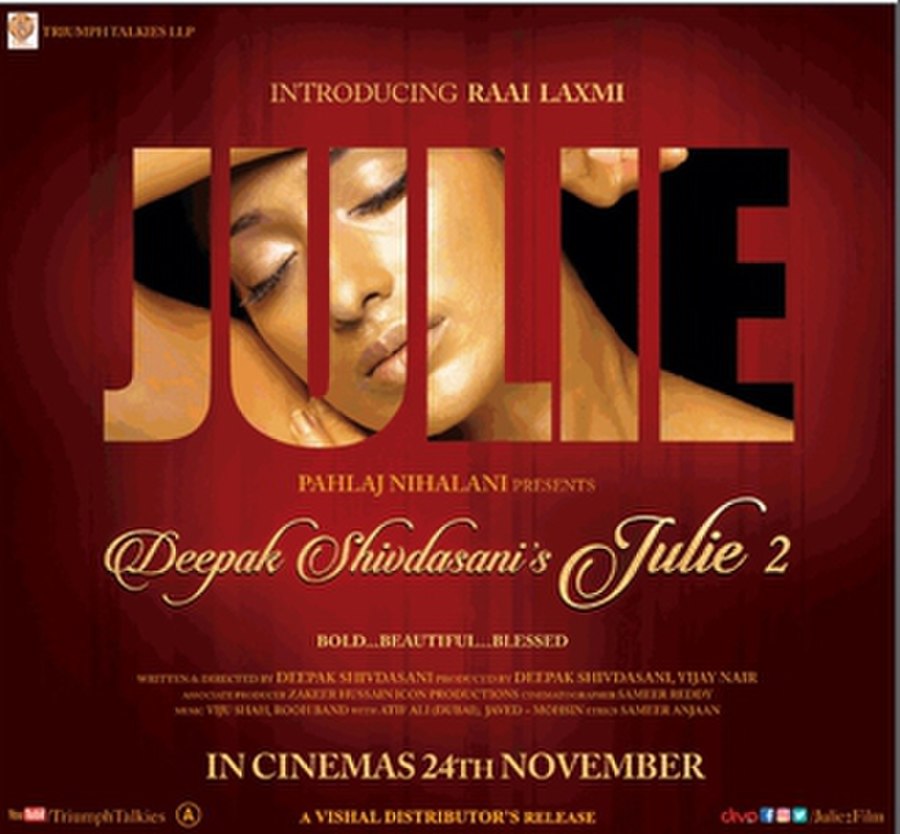 Julie 2 is a Hindi-language thriller film written, co-produced and directed by Deepak Shivdasani and produced by Vijay Nair. It features Raai Laxmi which marks her debut in Hindi cinema. This is the sequel to Shivdasani's earlier film Julie (2004).

A wanna be actress Julie (Raai) struggles through sleazy innuendos before caving in and getting embroiled in the shadowy world that purportedly finances the film industry. Her first love Mohit abandons her at the first sign of trouble while her second (Ravi Kisshen) uses her and moves on to his next conquest. The third one is Dubai Don Lala (Dev Gill) and her fourth a cricketer who thinks she won't suit the sati savitri image his parents expect of his bride. So that leaves Julie in a huddle and egged on by her woman Friday, Annie (Rati Agnihotri) she chooses Jesus – only to be gunned down the day after her symbolic baptism.