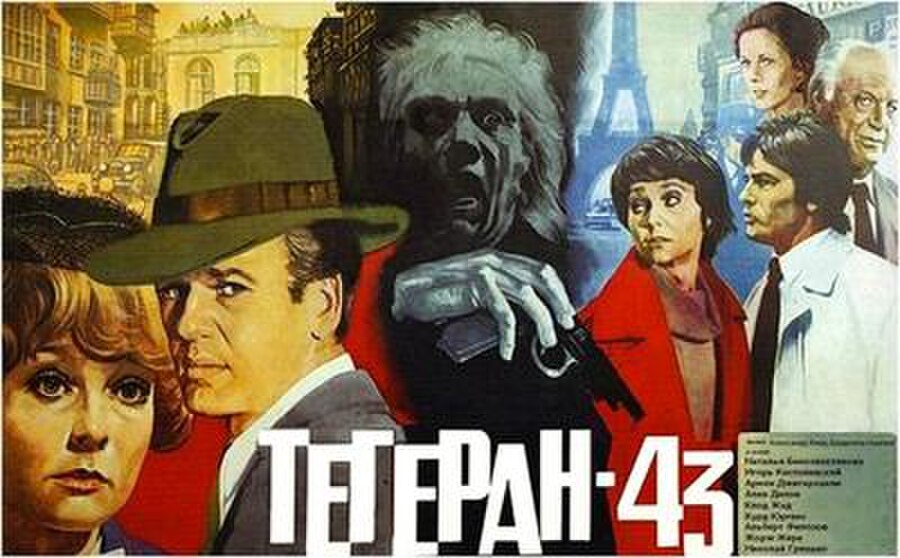 Teheran 43 (Russian: Тегеран-43; French: Téhéran 43, Nid d'espions) is a 1981 Soviet-French-Swiss political thriller film made by Mosfilm, Mediterraneo Cine and Pro Dis Film, directed by Aleksandr Alov and Vladimir Naumov. It is based on events around Operation Long Jump, the 1943 attempt by Nazi Germany to assassinate Winston Churchill, Joseph Stalin and Franklin Delano Roosevelt during the Tehran Conference.

Teheran 43 starts in 1980 in Paris. The memories of hero Andrei take the story back to 1943. The Germans planned to assassinate the three men 37 years later, and the German agent Max lives with Françoise, a young Parisian woman, who hides him. But another Nazi, Scherner, is hunting down Max who failed to carry out the planned assassinations. Max trusts Françoise but he does not know that she works for Scherner. Another plot in the movie is the romance between Andrei and the French woman Marie in 1943, followed in 1980.