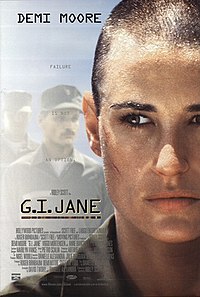 A Senate Armed Services Committee interviews a candidate for the position of Secretary of the Navy. Senator Lillian DeHaven from Texas criticizes the Navy for not being gender-neutral. Behind the curtains, a deal is struck: If women compare favorably with men in a series of test cases, the military will integrate women fully into all occupations of the Navy.