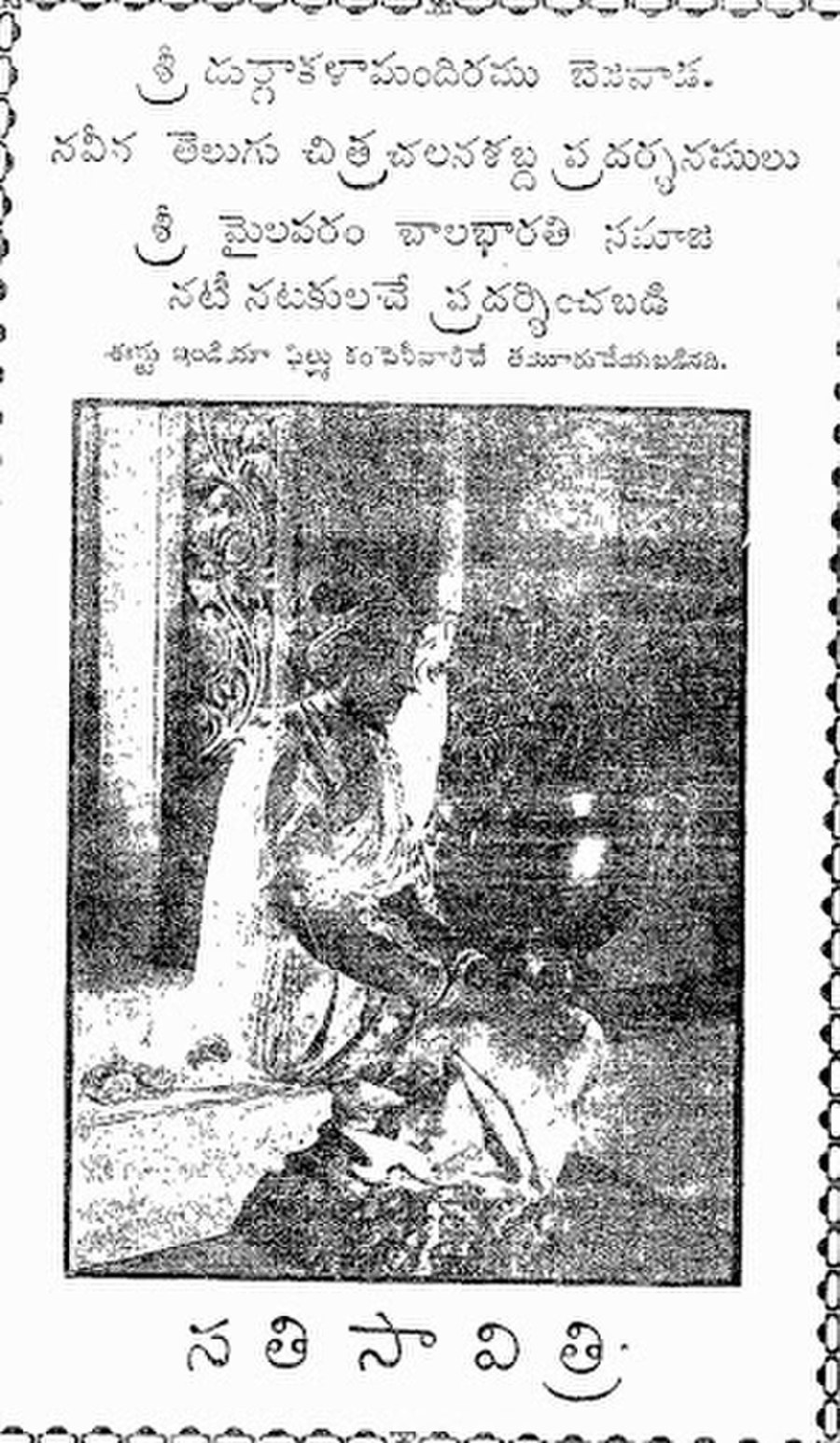 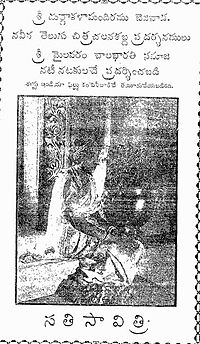 Savitri (English: Goddess Saraswati) is a 1933 Indian Telugu language drama film directed by C. Pullaiah. It was based on a popular stage play of Mylavaram Bala Bharati Samajam. It was the first film produced by East India Film Company with an estimated budget of in Calcutta. The blockbuster film has received an honorary diploma at the 2nd Venice International Film Festival. The story is about Savitri and Satyavan from Mahabharata. According to the legend, Princess Savitri (Dasari Ramathilakam) marries Prince Satyavan despite a curse that foretells his death within a year. She manages to get Yama (Vemuri Gaggaiah), the god of death, to restore her husband to life.

There was a Prince in Bharat named Ashwapati, ruling over the kingdom of Madra. He married Queen Malavi. Even after a longtime they did not have a child. He invoked Savitri, his favourite deity and by the grace of god, they had a daughter; named as Savitri. She grew into a lovely maiden and was always playing in the palace and in the forest with her companion Vasantika. She often used to relate her dreams to her companion and once she portrayed in words the form and beauty of her beloved.