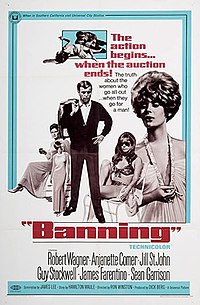 Mike McDermot is a rising golf star on the PGA Tour until he is accused of cheating. He supposedly has offered to split a winner's purse with a competitor, Jonathan Linus, if his opponent deliberately misses a final putt. In fact, the competitor is the one who approached him. McDermot refuses, so Jonathan Linus goes to another pro, Tommy Del Gaddo, whose glory days were behind him. Then they turn in McDermot, accusing him of their crime.