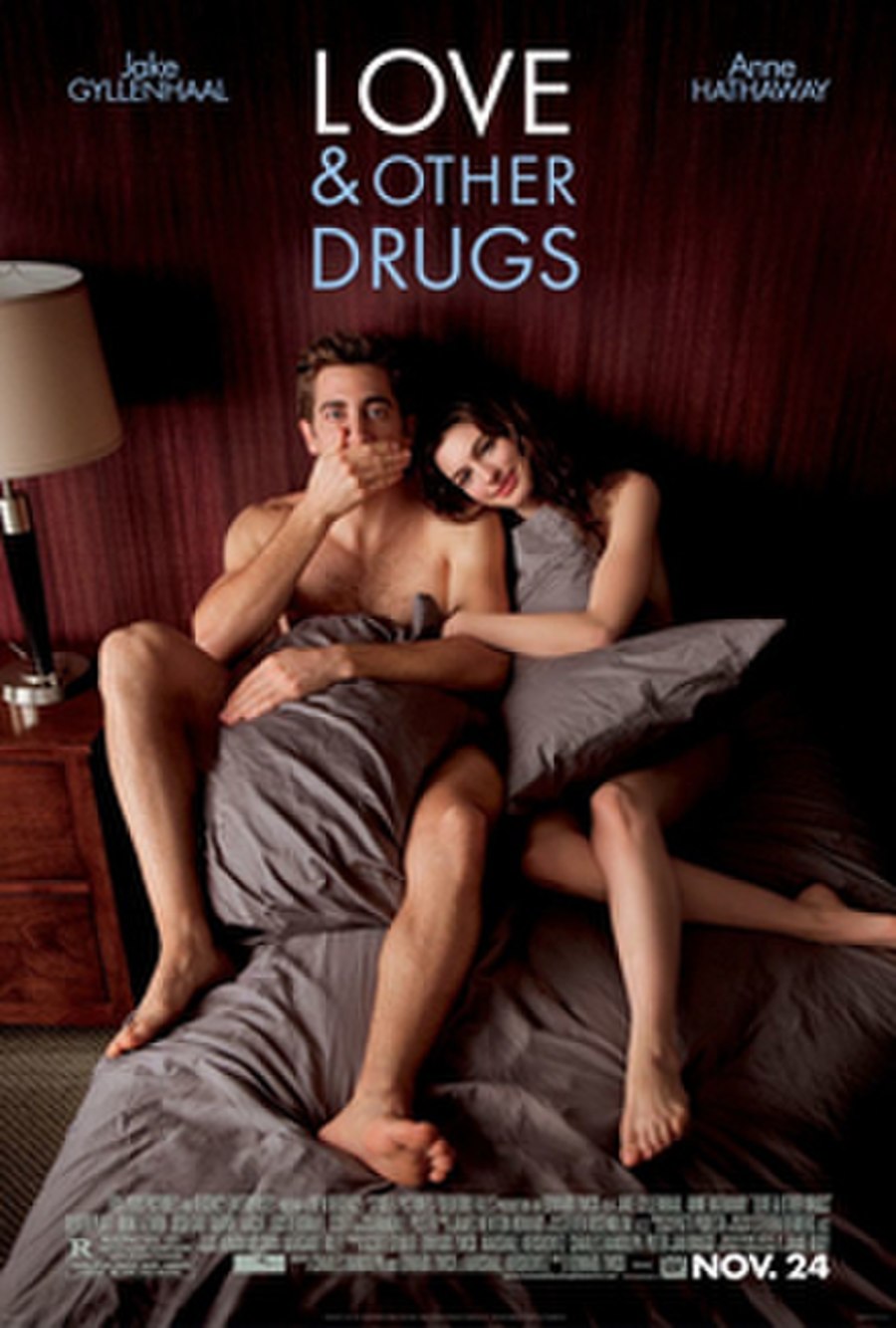 Love & Other Drugs is a 2010 American romantic comedy-drama film directed, produced and co-written by Edward Zwick and based on Jamie Reidy's 2005 non-fiction book Hard Sell: The Evolution of a Viagra Salesman. Starring Jake Gyllenhaal, Anne Hathaway, Oliver Platt, Hank Azaria, Josh Gad and Gabriel Macht, the film tells the story of a medicine peddler in 1990's Pittsburgh who starts a relationship with a young woman suffering from Parkinson's Disease. Love & Other Drugs was released in theaters in the United States on November 26, 2010 by 20th Century Fox. It grossed $103 million against a budget of $30 million.

In 1996, Jamie Randall is fired from a Pittsburgh electronics store for having sex with his manager's girlfriend. His wealthy brother, Josh, offers to refer Jamie to a friend for a job as a pharmaceutical sales representative. After attending a six-week Pfizer training program, Jamie goes to work for the company, attempting to get doctors to prescribe Zoloft and Zithromax. He is rebuffed, much to the dismay of his regional manager, Bruce, who sees Jamie as his ticket to the "big leagues" of Chicago. Bruce suggests that if Jamie can get Dr. Stan Knight to prescribe Zoloft instead of Prozac, other doctors will follow his lead. Afterwards, Jamie tries to gain access to Dr. Knight by flirting with his female employees, while secretly discarding the Prozac samples. Dr. Knight eventually allows Jamie to observe him examine one of his patients, Maggie Murdock, who suffers from early onset Parkinson's disease. Taking an interest in Maggie, Jamie obtains her number from one of Dr. Knight's assistants.