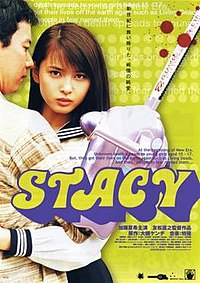 is a Japanese horror comedy film, released in 2001. It is based on a novel by Kenji Ohtsuki directed by Naoyuki Tomomatsu, in which teenage girls turn into zombies.

In the near future, the entire world is struck with a bizarre malady which affects every girl between the ages of 14 and 16 years old.