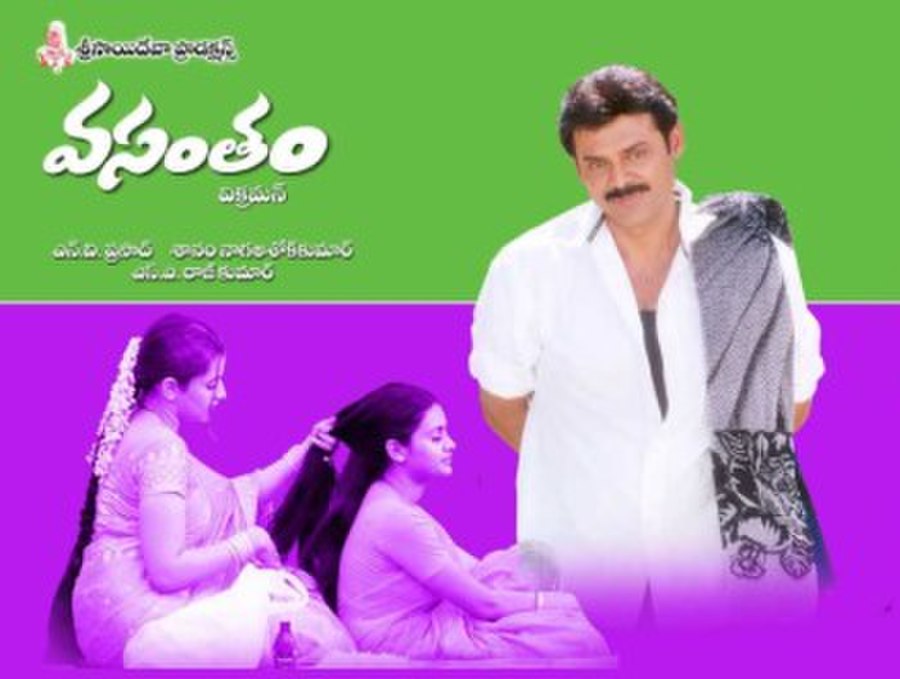 Vasantam is a 2003 Indian Telugu-language drama film produced by N.V.Prasad & Sanam Naga Ashok kumar on Sri Sai Deva Productions banner, directed by Vikraman. Starring Venkatesh, Arti Agarwal, Kalyani in lead roles and music is composed by S. A. Rajkumar. The film won for two Nandi Awards. The film opened simultaneously alongside the Tamil version of the film, Priyamaana Thozhi. The movie was remade in Kannada in 2010 as Hoo.

Ashok (Venkatesh) and Julie (Kalyani) are childhood friends. Ashok is like a family member of Julie's family. They are very close and believe that friendship is above love, yet they do not have any romantic feelings towards each other. After they grow up, Julie's father Peter (Chandra Mohan) dies, Ashok brings Julie to his house, and she stays along with his family. Nandini (Aarti Agarwal) is from a rich family, and Ashok falls in love with her and they get married. The rest of film revolves around how Ashok and Nandini get Julie married.