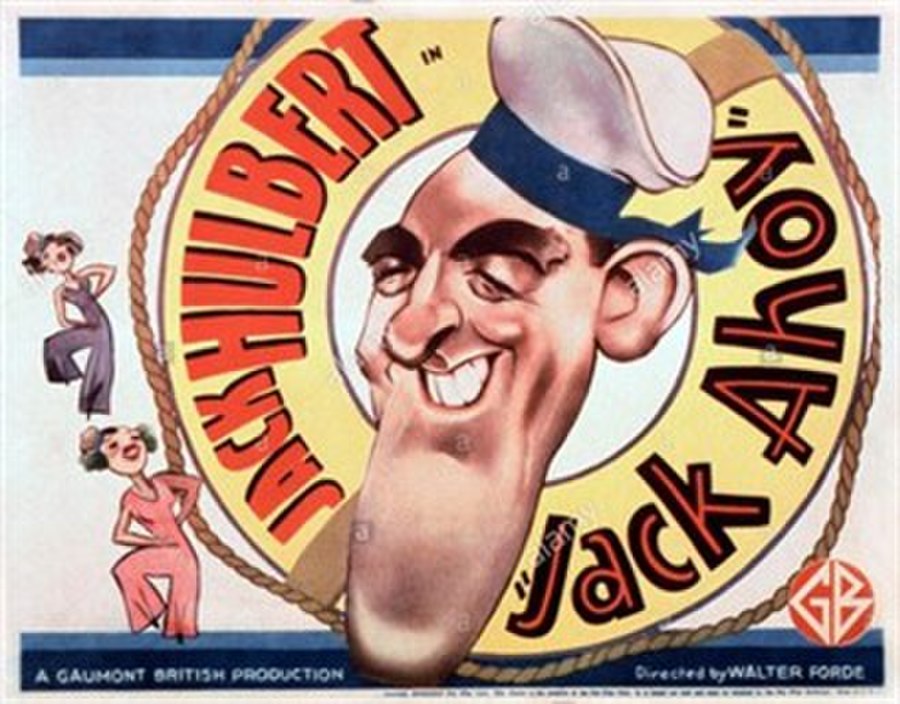 Jack Ahoy is a 1934 British comedy film directed by Walter Forde and starring Jack Hulbert, Nancy O'Neil, Alfred Drayton and Sam Wilkinson. Its plot follows a humble seaman falls in love with an Admiral's daughter, whilst trying to battle Chinese pirates. The film was loosely remade in 1954 as Up to His Neck.

After failing to pass his entrance exam to Dartmouth Naval College, Jack Ponsonby (Jack Hulbert) enlists as an able seaman. On falling in love with the admiral's daughter Patricia (Nancy O'Neil), Jack stumbles into an adventure involving a den of Chinese river pirates who have stolen a British submarine. Anxious to prove himself a hero in Patricia's eyes, he manages to rescue both the admiral and his daughter, when they are kidnapped by the bandits.