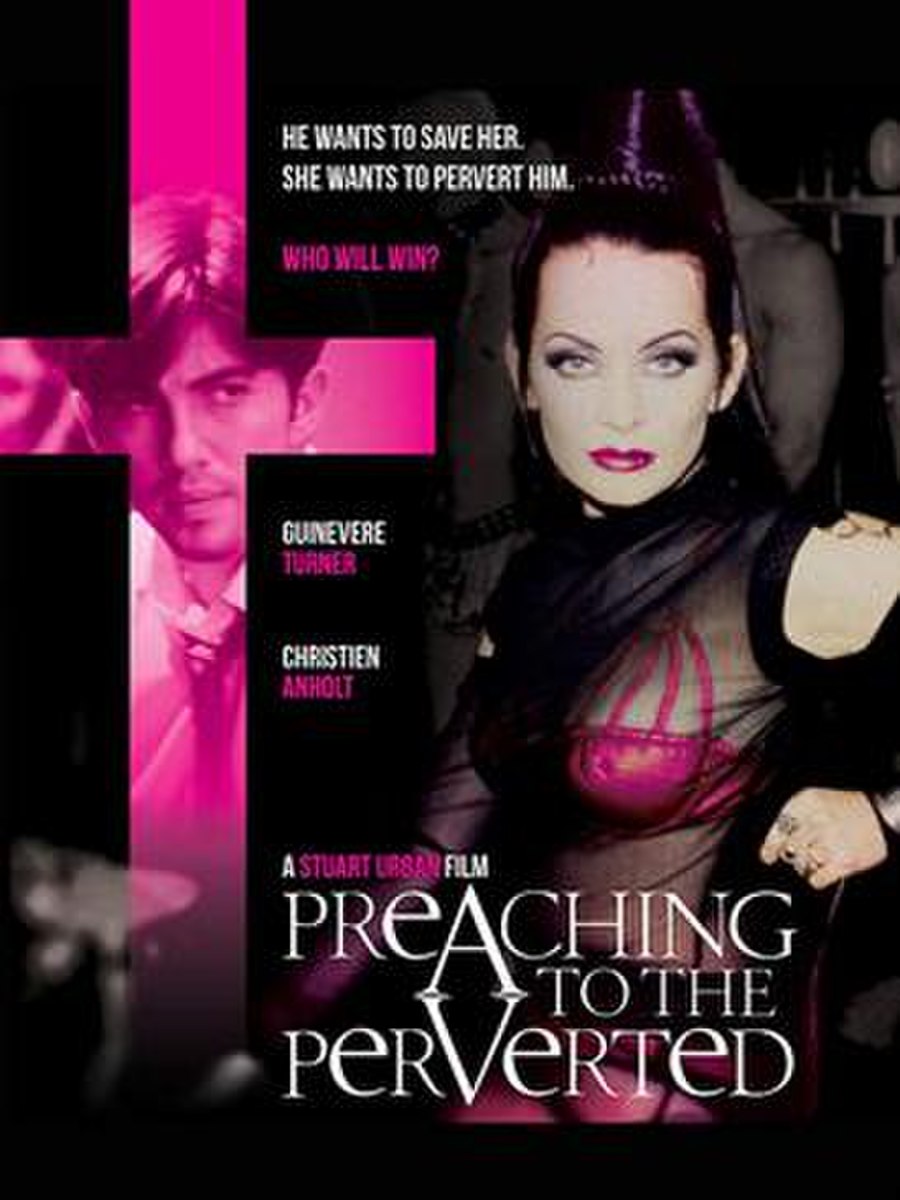 Preaching to the Perverted 1997

Preaching to the Perverted is a 1997 British sex comedy drama film written and directed by Stuart Urban.

Henry Harding MP, a British government minister on a moral crusade, hires an inexperienced young computer whizzkid, Peter Emery who works for a Christian computer company called Holy Hardware, to infiltrate the United Kingdom BDSM scene. Harding is set on putting a club called "House of Thwax" run by Mistress Tanya Cheex out of business, and is sure that Peter's secretly videotaped evidence of the club's activities will do the trick. However, the virginal Peter takes a liking to Tanya Cheex and finds himself falling for the Mistress. Amongst the locations used Layer Marney Tower in Essex plays a pivotal role for a party scene.