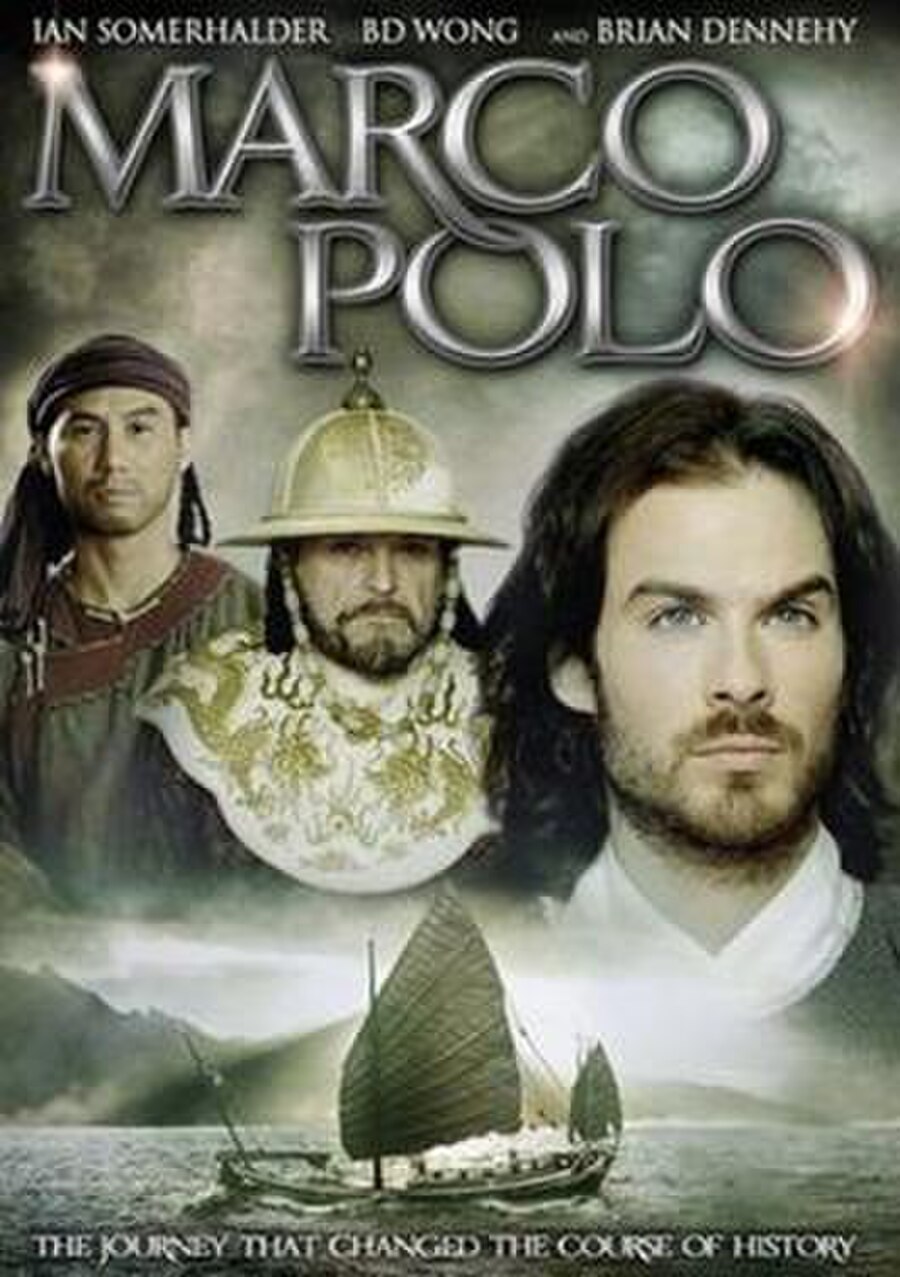 Marco Polo is a 2007 American made-for-television historical adventure drama film directed by Kevin Connor, starring Ian Somerhalder, BD Wong and Brian Dennehy. In the 13th Century, imprisoned in Genoa, Marco Polo, a Venetian trader, recounts his days as a young man in China to a fellow prisoner who is dying. He reminisces about his fantastic adventures, his rise to governorship in Kublai Khan's court in Mongolia, his love for a kidnapped concubine and his escape back to Italy as a wealthy man.