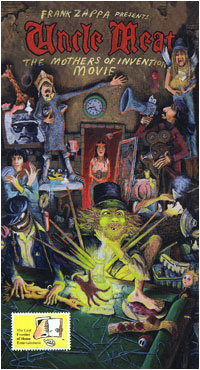 Uncle Meat is a film written and directed by Frank Zappa, released direct-to-video in 1987. Principal photography having never been completed, the videocassette is a "making of" documentary showing rehearsals and background footage from 1968 and interviews with people involved with the uncompleted production. The video has not yet been released on DVD.