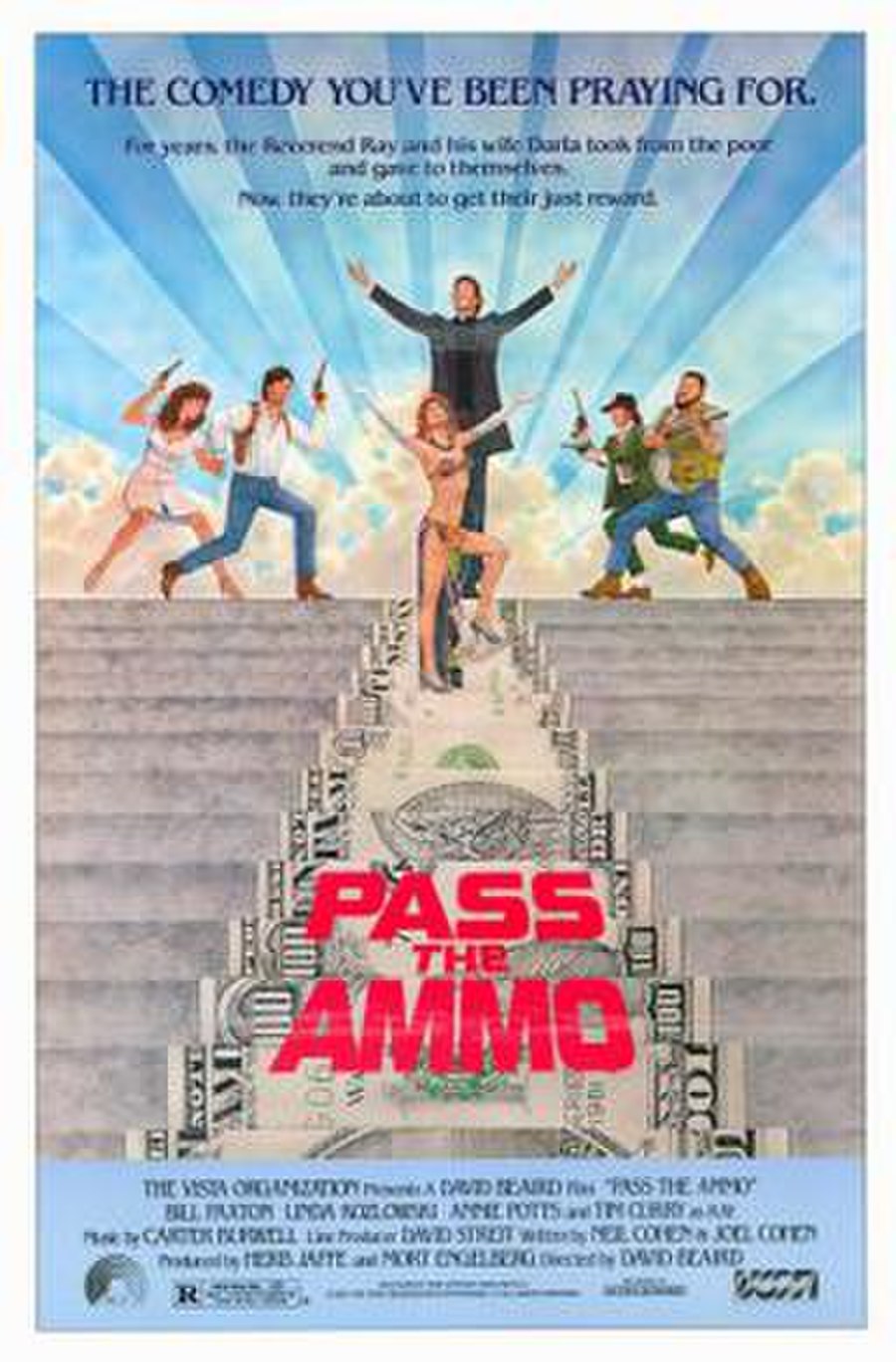 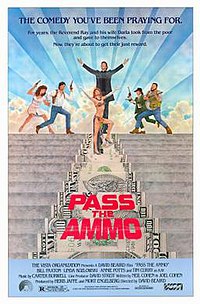 Pass the Ammo is a 1988 American comedy film starring Bill Paxton, Annie Potts, Linda Kozlowski and Tim Curry. The film is a spoof of televangelism released right after the real-life scandals related to Jim Bakker and Jimmy Swaggart. The movie's working title during production was ...And Pass the Ammunition, a references to the phrase "praise the Lord and pass the ammunition."

Reverend Ray Porter runs a Pentecostal faith healing and televangelism empire based in Arkansas. Four rednecks, one of whom was bilked out of her inheritance by Rev. Porter's ministry and another of whom just got out of prison, try to rob Porter's ministry. A series of wrong turns inside the church during the robbery leads Claire, her boyfriend Jesse, Arnold and Big Joe onstage right in the middle of a broadcast, and the four robbers turn what was supposed to have been just a robbery into a hostage situation.