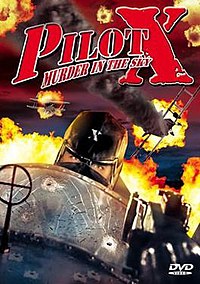 Death in the Air (aka Pilot X and The Mysterious Bombardier) is a 1937 American film directed by Elmer Clifton and stars Lona Andre, John Carroll, Leon Ames and Henry Hall. The film is also known as Murder in the Air in the United Kingdom and as The Mysterious Bombardier (American reissue title). Death in the Air The film was Fanchon Royer's first production for her new company, Fanchon Royer Features, Inc. Film Daily reported that noted "G-Man" Melvin Purvis was offered a role in this film, but turned it down.