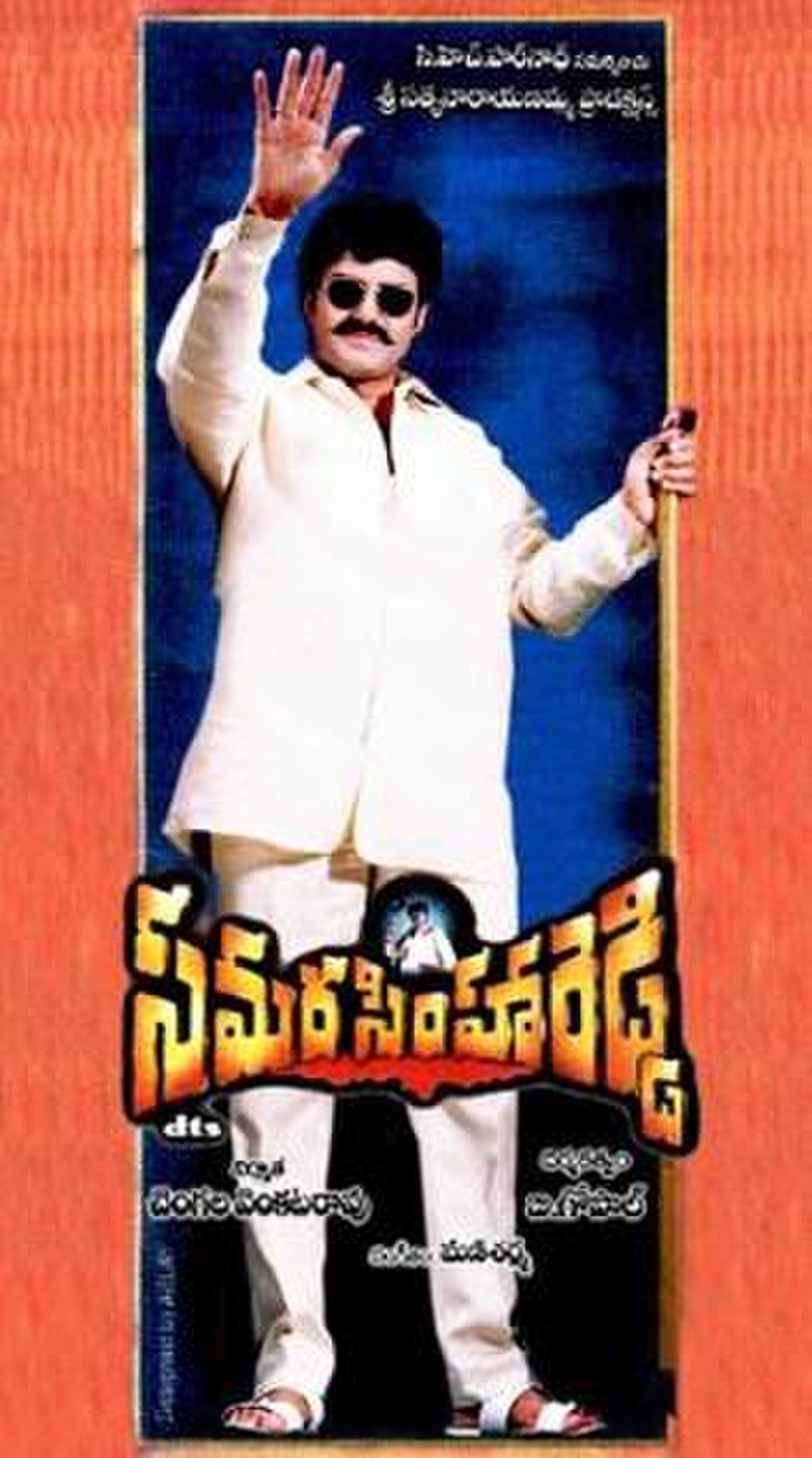 Samarasimha Reddy is a 1999 Telugu action drama film produced by Chengala Venkat Rao under the Satyanarayanamma Productions banner and directed by B. Gopal. It stars Nandamuri Balakrishna, Simran, Anjala Zaveri and Sanghavi in lead roles and music composed by Mani Sharma.

Sangeetha and her two sisters live with their cruel aunt, who runs a small hotel. Abbulu joins their hotel as an employee. He later tells Sangeetha that he is their brother, Vasu, who ran away in childhood. He solves all their problems and romances with Srikakulam Chittamma.