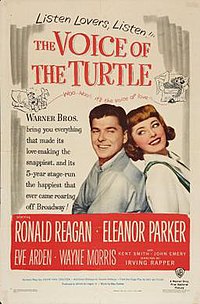 A young actress, Sally Middleton, agrees to a date with a soldier, Bill Page, on a weekend pass after he's stood up by Olive Lashbrooke, her friend. When the soldier has trouble getting a hotel room, he ends up spending the weekend at her apartment.