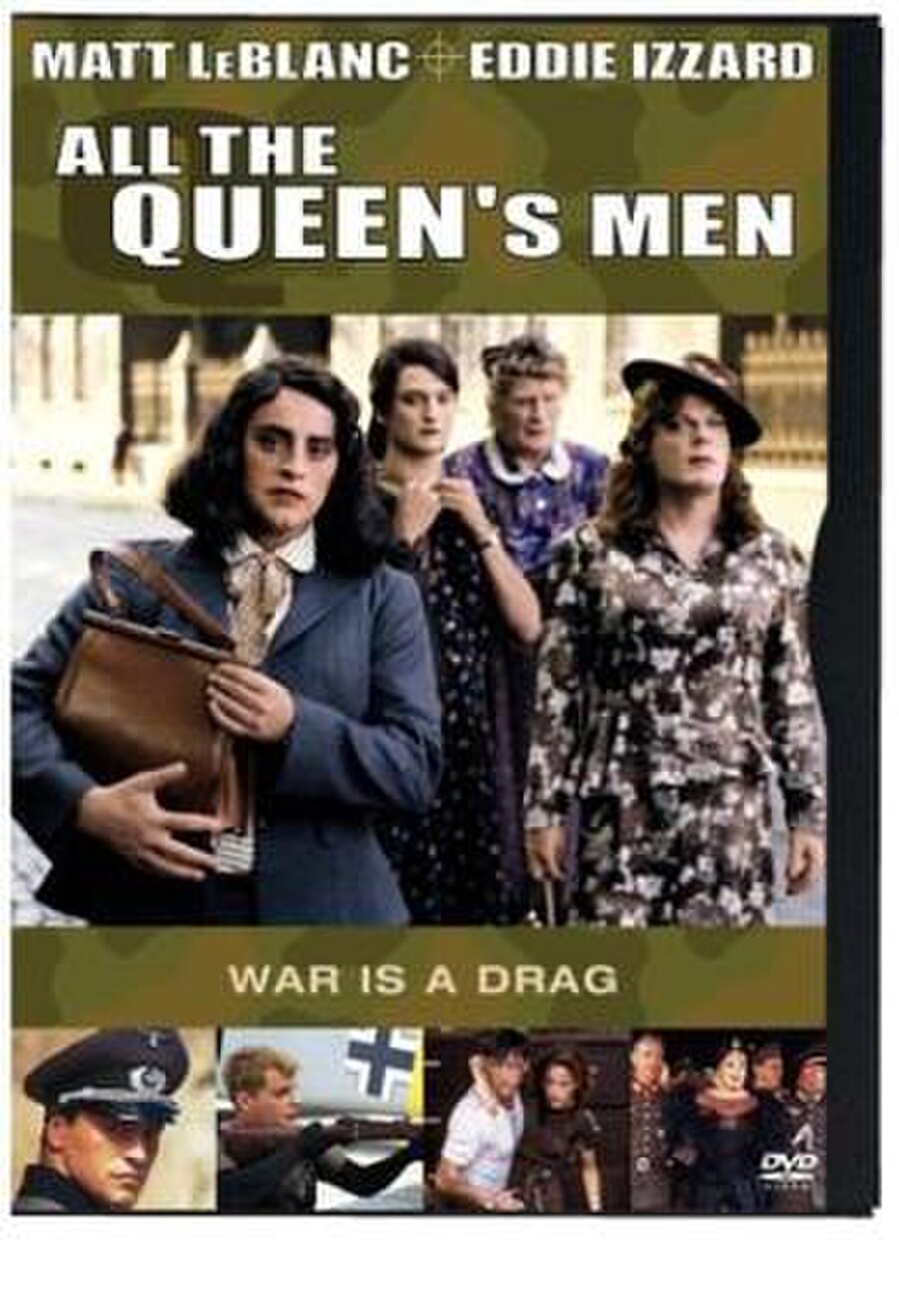 All the Queen's Men is a 2001 English-language German-Austrian action comedy war film directed by Stefan Ruzowitzky and starring Matt LeBlanc and Eddie Izzard. Made on a budget of $15million, the film received mixed reviews from critics, and it earned only $23,662 in the United States.

During World War II the British army is attempting to retrieve an Enigma machine from Germany. Having failed in previous attempts, they decide to send four men undercover to the factory that makes the devices in Berlin. Unfortunately the factory is populated entirely by women, and they only have men to send. American O'Rourke (LeBlanc), British transvestite Tony Parker (Izzard), genius Johnno (David Birkin), and the reluctant Archie (James Cosmo) are sent to infiltrate the factory dressed as women.