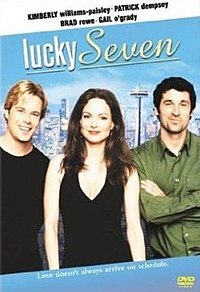 Amy Myer (Kimberly Williams) is a woman whose dying mother (Gail O'Grady) made out a timeline for Amy's life and predicted she would marry her seventh boyfriend. But when she falls head over heels for her sixth boyfriend Daniel McCandles (Brad Rowe), she decides to find another sixth boyfriend to dump in order to marry Daniel. She settles on Peter Connor (Patrick Dempsey), a local bagel shop owner who is in love with her. Unfortunately, things don't go as planned when Amy realizes that she has feelings for Peter.