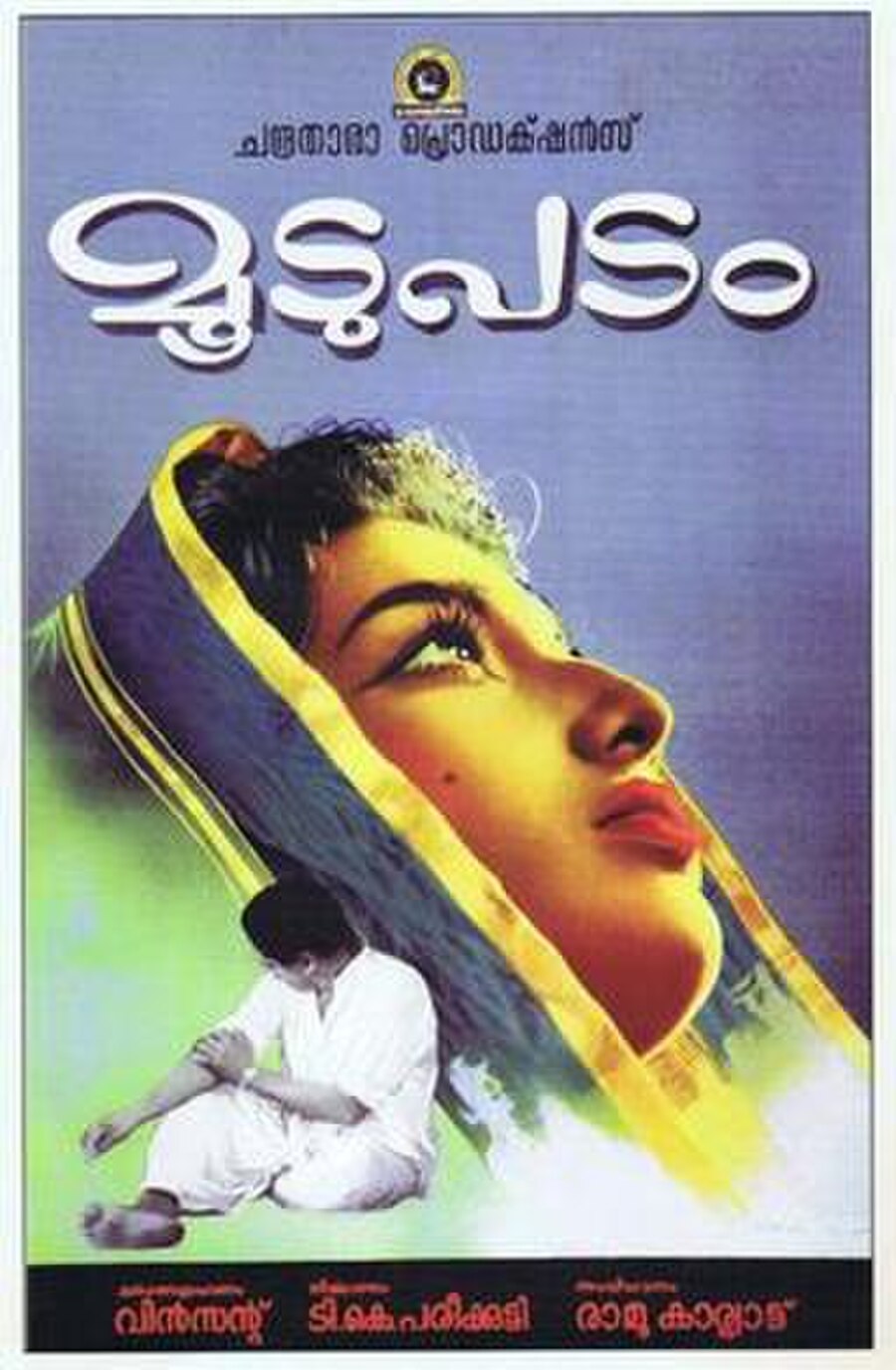 Moodupadam is a 1963 Malayalam language film directed by Ramu Kariat and scripted by K. T. Muhammed based on S. K. Pottekkatt's novel of the same name. Sathyan and Ambika play the lead roles. It is a social film about the relationship between three major religious faiths in Kerala, Hindu, Muslim and Christian.