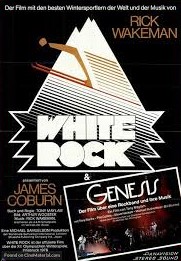 White Rock is a 1977 documentary film about the 1976 Winter Olympics held in Innsbruck, Austria. The film was narrated by James Coburn, and directed by Tony Maylam. The film was nominated in 1977 for the Robert Flaherty Award (Feature Length Film, Documentary In Content) by the British Academy of Film and Television Arts. A soundtrack album, White Rock was released by Rick Wakeman in 1977 and it entered the UK Albums Chart on 12 February 1977, where it spent 9 weeks and reached number 14.