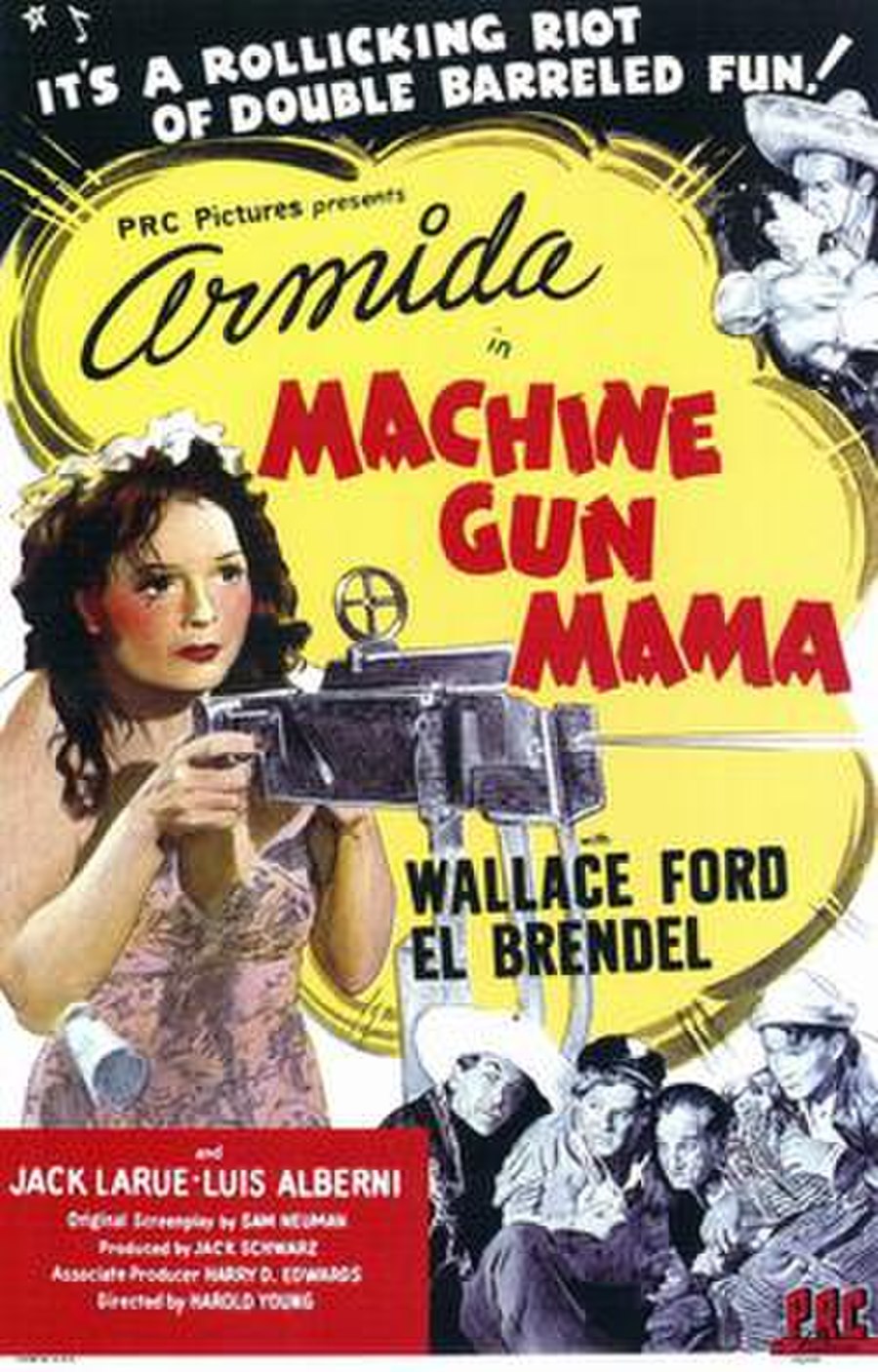 Machine Gun Mama is a 1944 American musical comedy film directed by Harold Young. It was PRC's attempt to feature a comedy team to compete with Universal's Abbott and Costello and Paramount's Road to ... movies and their entry in the Good Neighbor Policy film genre of the time where the United States presented both a positive image to Latin and South America as well as stimulating American tourism to the region. Harold Young had also directed the live action portions of Walt Disney's The Three Caballeros.

Two truck drivers from Brooklyn travel to Mexico to deliver an elephant named "Bunny", but they have lost the address where Bunny is to be delivered. Adopting the elephant as their own, the two stumble into a traveling carnival headed by Alberto Cordoba and his daughter Nita. The carnival is destitute and menaced by loan sharks. The two Americans sell Bunny to the carnival to replace their recently departed flea circus but agree not to accept their payment until the carnival regains its fortune thanks to Bunny and Brooklyn "ballyhoo". The loan sharks attempt a variety of dirty tricks against the gringos.