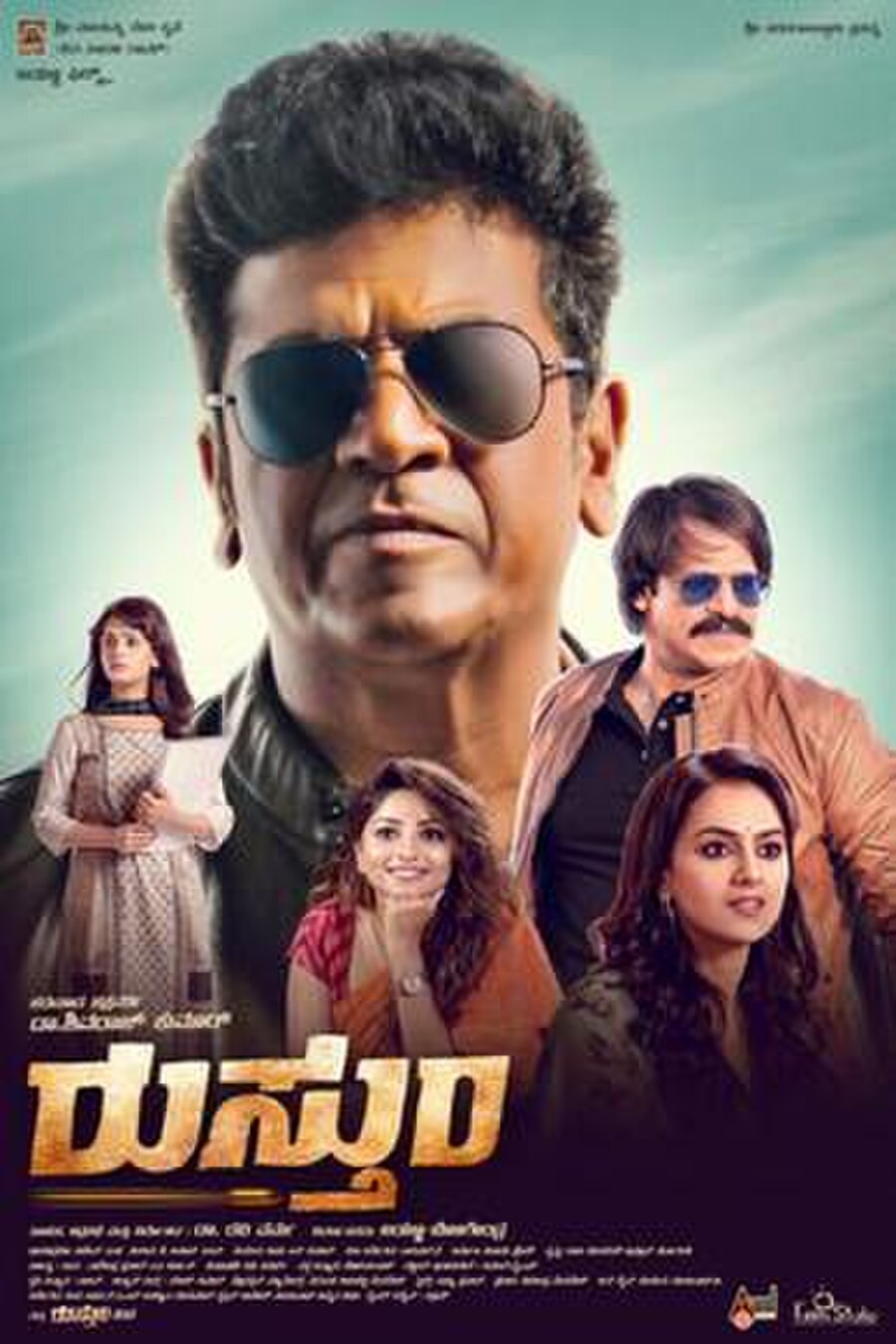 Rustum is a 2019 Indian Kannada-language action crime thriller film directed by Ravi Varma in his directorial debut. It was produced by Jayanna and Bhogendra under the banner of Jayanna Combines. The film features Shiva Rajkumar, Vivek Oberoi, Shraddha Srinath, Rachita Ram and Mayuri Kyatari in the lead roles.

The film begins with an honest IAS officer trying to unearth a massive criminal operation, where he ends up in a dead end when he meets the Home Minister's son and team who want him finished. His parents and wife, who are seeking justice, find help in their new neighbour Abhishek who is always in the right place at the right time. The narrative, which begins on a slow note, picks up pace towards the interval. One gets to know the identity of Abhishek in a scene that seems to be a tribute to some cult Abhishek Bhargav (Shiva Rajkumar) films. From there, the story shifts to Bihar and one gets to piece together the jigsaw puzzle.