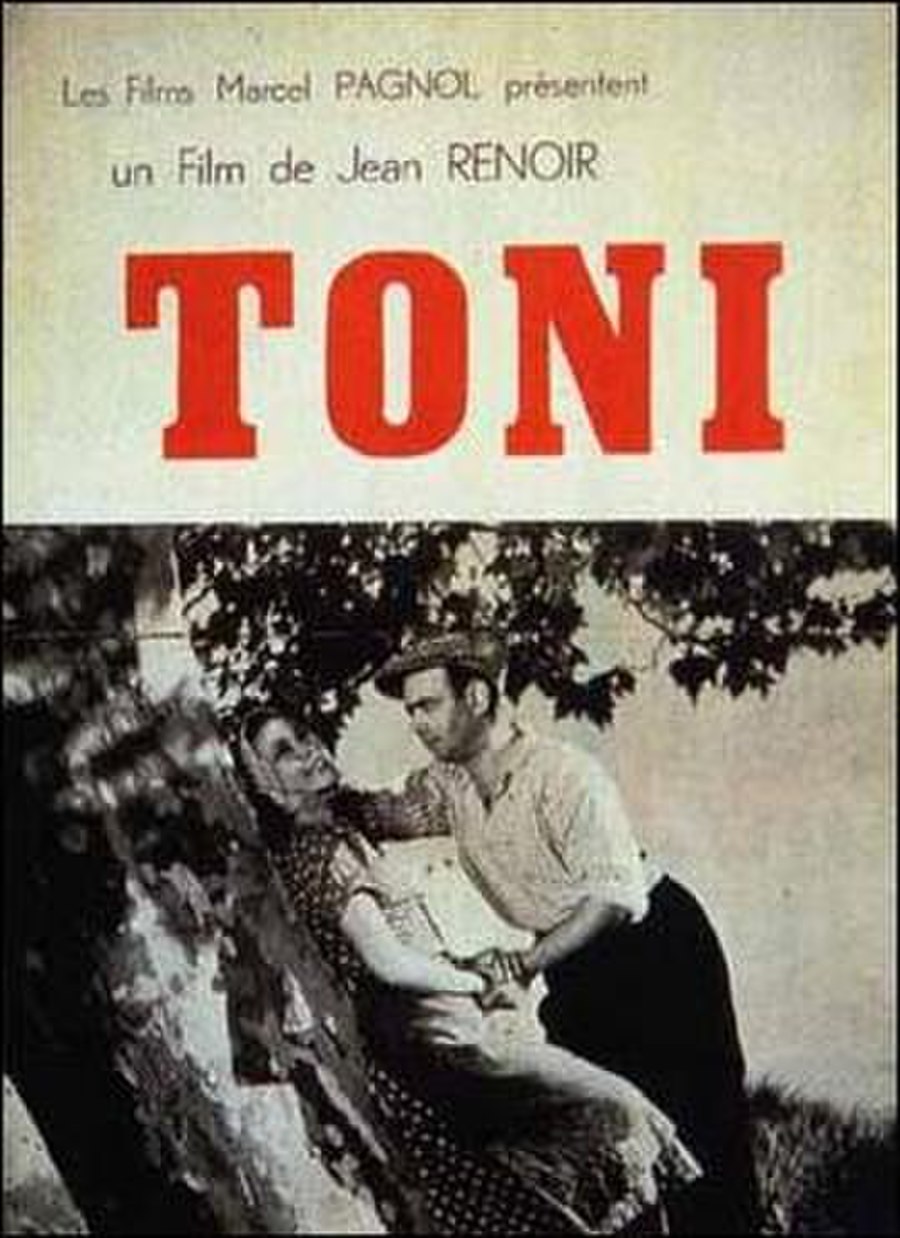 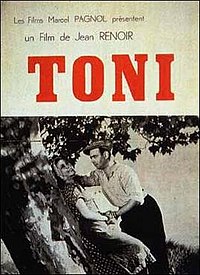 Toni is a 1935 French drama film directed by Jean Renoir and starring Charles Blavette, Celia Montalván and Édouard Delmont. It is an early example of the casting of non-professional actors and on-location shooting - both of which would influence the Left Bank of the French New Wave movement. Examining the romantic interactions between a group of immigrants (both from abroad and other parts of France) working around a quarry and a farm in Provence, it is also generally considered a major precursor to the Italian neorealist movement. Luchino Visconti, one of the founding members of the later film movement, was assistant director on the film. It was based out of Marcel Pagnol's studios in Marseille and shot entirely on location in the South of France.

Looking for a job Toni goes from Italy to Southern France. A local woman named Marie takes him in as her tenant and becomes his lover. But when the Spanish guestworker Josepha comes to town, Toni falls for her. To his disappointment Josepha has a wedding with a wealthier man. So Toni marries Marie after all but he cannot hide that Josepha was his greatest love. After Marie has thrown him out of her house he is determined to see Josepha again. He finds her on a farm in the mountains where she lives with her increasingly abusive husband. Josepha is about to run away and for that purpose she steals money from her spouse who catches and hits her. While Toni is around she kills the man. Toni sacrifices himself in order to cover up for her.