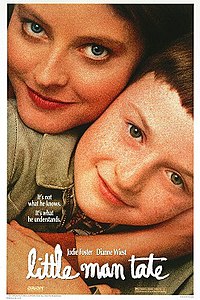 Dede Tate is a young working-class woman of average intelligence raising her seven-year-old son, Fred. Fred shows every indication of being a genius. Fred's reading and mathematics abilities are remarkable, and he plays the piano "at competition level," but his intellect has isolated him from his public school classmates.