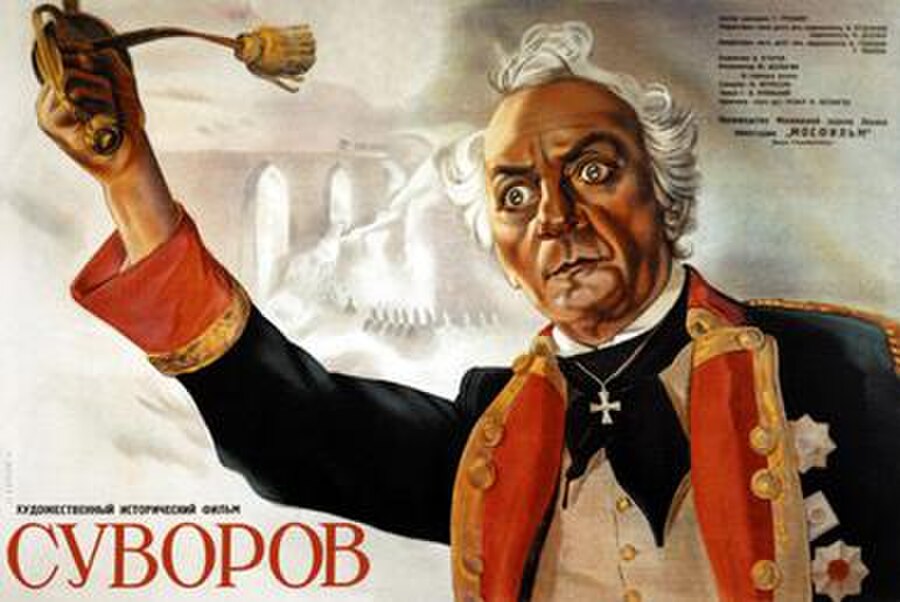 Suvorov is a 1941 Soviet film directed by Vsevolod Pudovkin and Mikhail Doller, based on the life of Russian general Alexander Vasilyevich Suvorov (1729 – 1800), one of the few great generals in history who never lost a battle. The film premiered in Russia 23 January 1941 (i.e., before the German attack). It was released as General Suvorov in the USA. In 1941 Pudovkin, Doller, Cherkasov-Sergeyev, and Khanov received the Stalin Prize for the film.