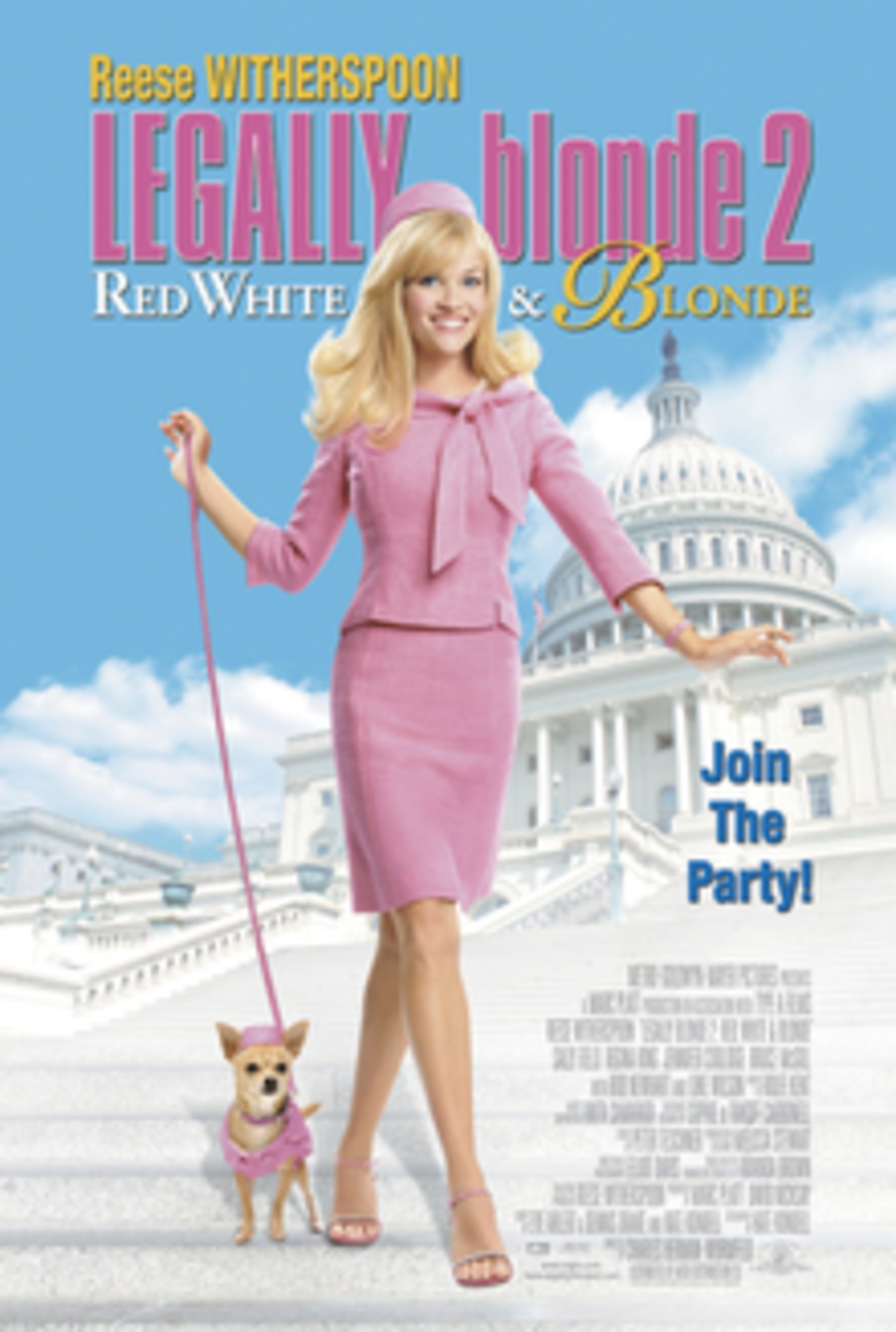 Legally Blonde 2: Red, White & Blonde (also referred to simply as Legally Blonde 2) is a 2003 American comedy film directed by Charles Herman-Wurmfeld and written by Kate Kondell. It is a sequel to the 2001 film Legally Blonde and the second film in the Legally Blonde series. It stars Reese Witherspoon (who also served as the film's executive producer) alongside an ensemble cast featuring Sally Field, Regina King, Jennifer Coolidge, Bruce McGill, Dana Ivey, Mary Lynn Rajskub, Bob Newhart, and Luke Wilson, with Coolidge and Wilson reprising their roles from the first film.

After graduating from Harvard Law School, Elle Woods wants her Chihuahua, Bruiser, to reunite with his mother, hoping both dogs will attend her wedding to her fiancé Emmett. Elle hires a detective to find Bruiser's mother, only to discover that her owner is C'est Magnifique, a cosmetics company that uses Bruiser's mother for testing. Discovering her law firm represents the corporation, she urges the firm to drop them as a client, but is dismissed.