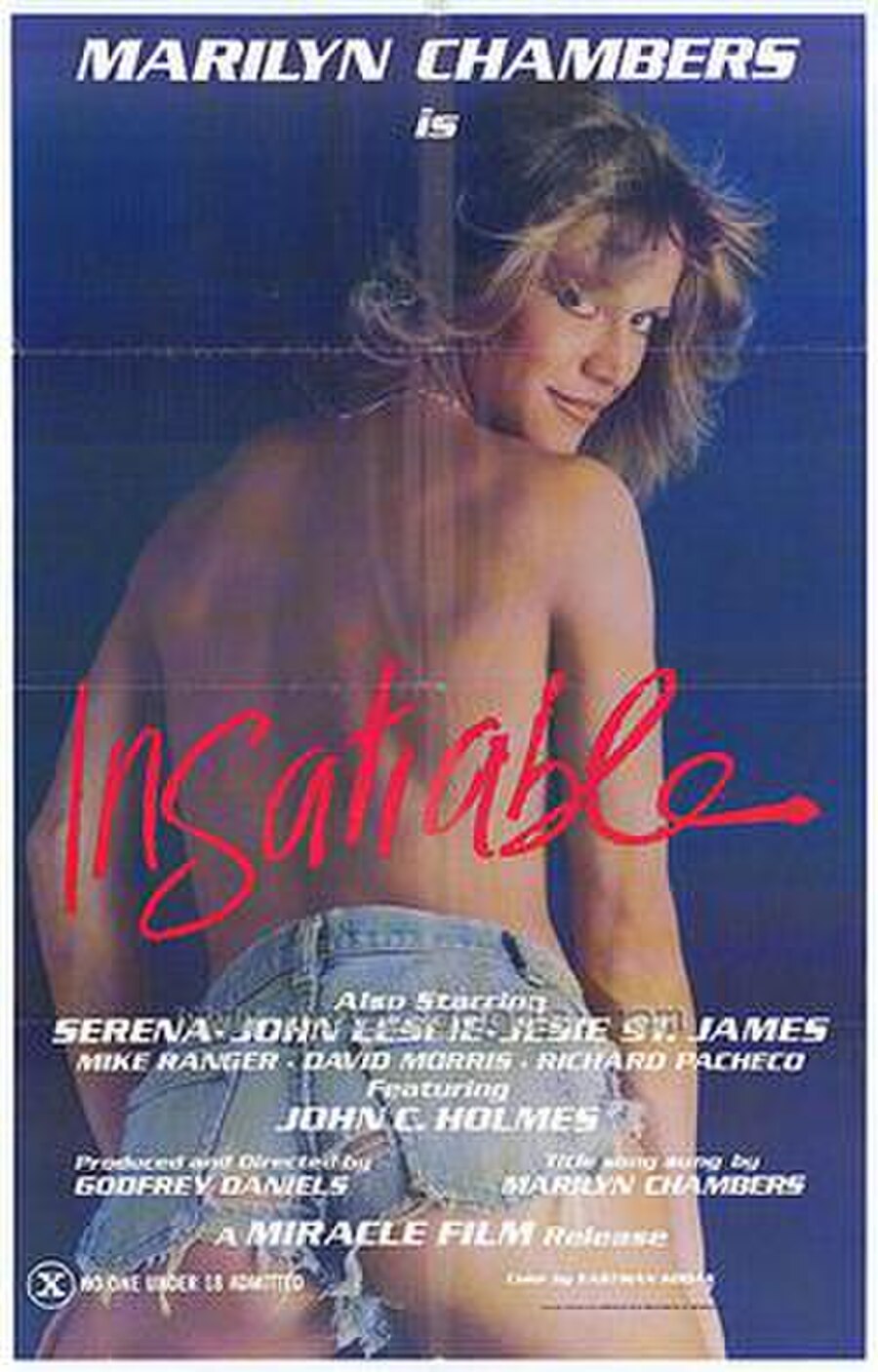 Chambers plays the rich, happy and assertive fashion model Sandra Chase, whose sexual appetite is – per the title – insatiable. The film begins as it ends, with her masturbating. She has an old-fashioned aunt who appears in a series of flashbacks. The movie has little plot or storyline, and "only the barest minimum of real-world narrative conflict." It consists mainly of one sex scene after another with some filler sequences added to pad the runtime to feature-length movie standards. While one scene has Chambers' character overhearing her friend having sex, all the other "action" scenes features Chambers as an active participant.