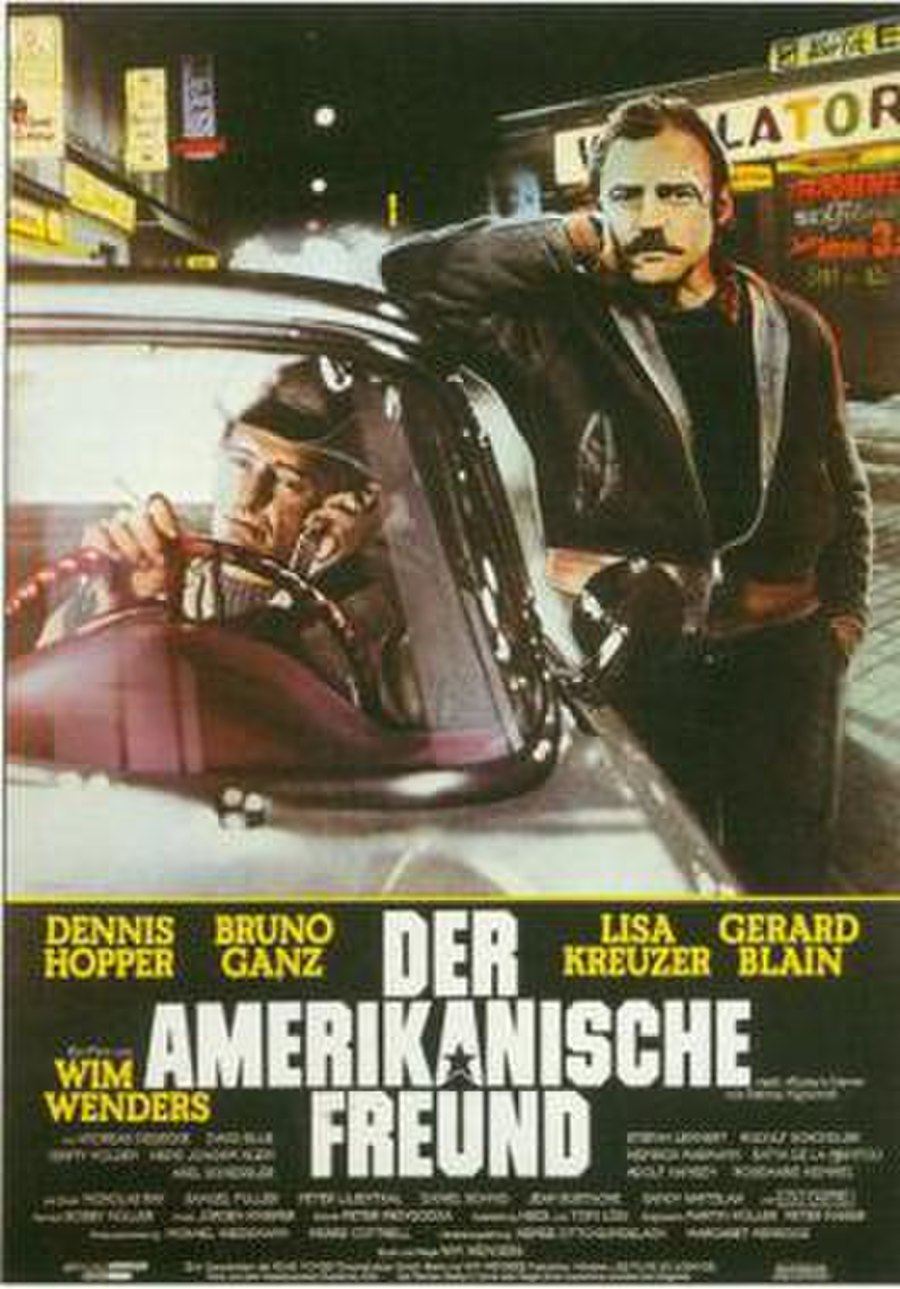 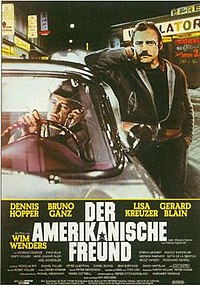 The American Friend is a 1977 neo-noir film by Wim Wenders, adapted from the novel Ripley's Game by Patricia Highsmith. The film features Dennis Hopper as career criminal Tom Ripley and Bruno Ganz as Jonathan Zimmermann, a terminally ill picture framer whom Ripley coerces into becoming an assassin. The film uses an unusual "natural" language concept: Zimmermann speaks German with his family and his doctor, but English with Ripley and while visiting Paris.

Tom Ripley (Dennis Hopper) is a wealthy American living in Hamburg, Germany. He is involved in an artwork forgery scheme, in which he appears at auctions to bid on forged paintings produced by an accomplice to drive up the price. At one of these auctions, he is introduced to Jonathan Zimmermann (Bruno Ganz), a picture framer who is dying of leukemia. Zimmermann refuses to shake Ripley's hand when introduced, coldly saying "I've heard of you" before walking away.