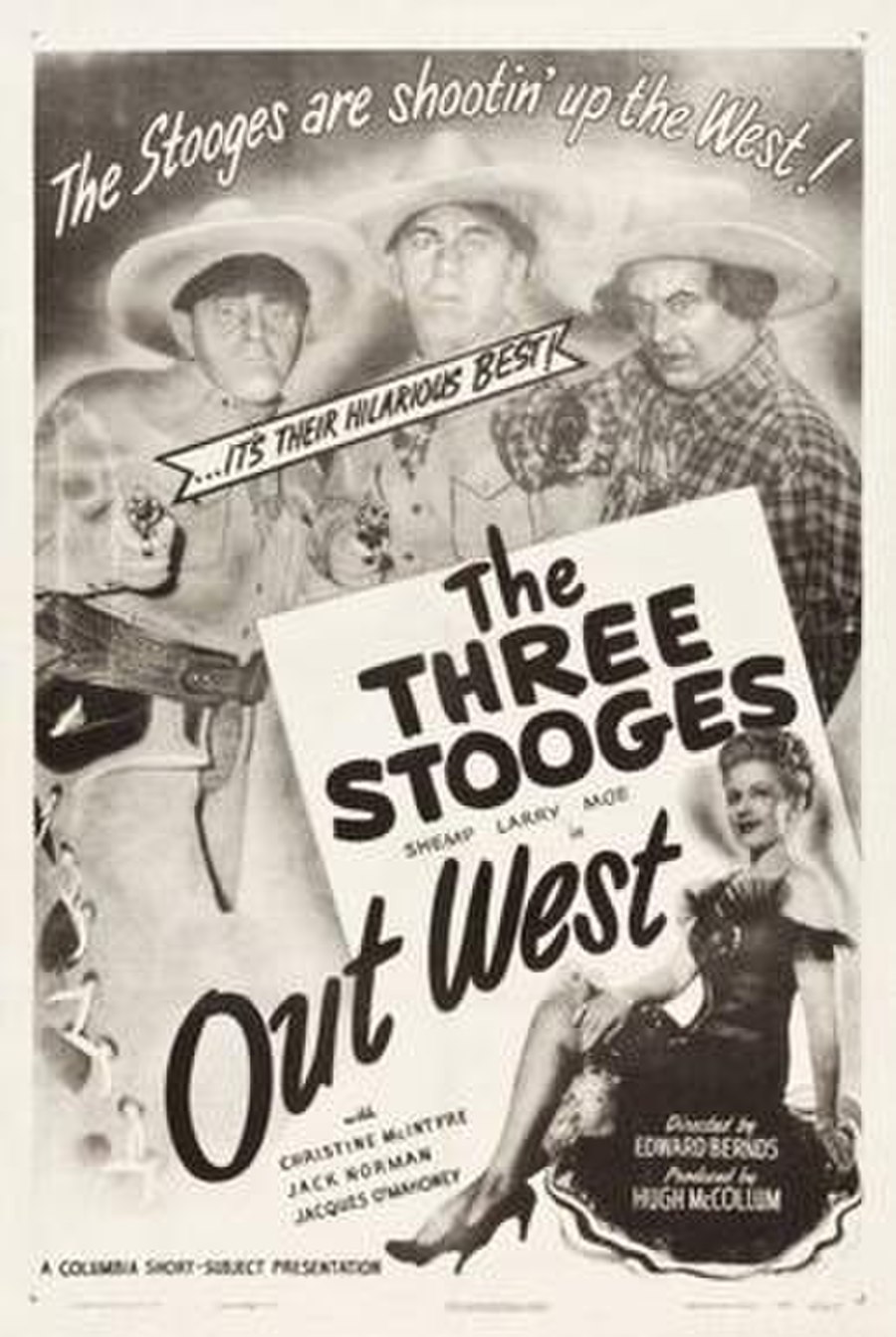 Out West is a 1947 short subject directed by Edward Bernds starring American slapstick comedy team The Three Stooges (Moe Howard, Larry Fine and Shemp Howard). It is the 99th entry in the series released by Columbia Pictures starring the comedians, who released 190 shorts for the studio between 1934 and 1959.

Shemp is suffering from an enlarged vein in his leg, and fears that it will lead to amputation. His doctor (Vernon Dent), however, advises that a few weeks in the old west will cure him. Upon arrival in a somewhat lawless town, the boys befriend the ruthless Doc Barker (Jack Norman). Barker listens to Shemp's story about his bad leg, mistaking "the biggest vein you ever saw" for a gold-bearing vein worth millions. The Stooges take a liking to Barker, but are later informed by the beautiful Nell (Christine McIntyre) that he is an outlaw who is holding the Arizona Kid (Jock Mahoney) hostage in the basement of the saloon.