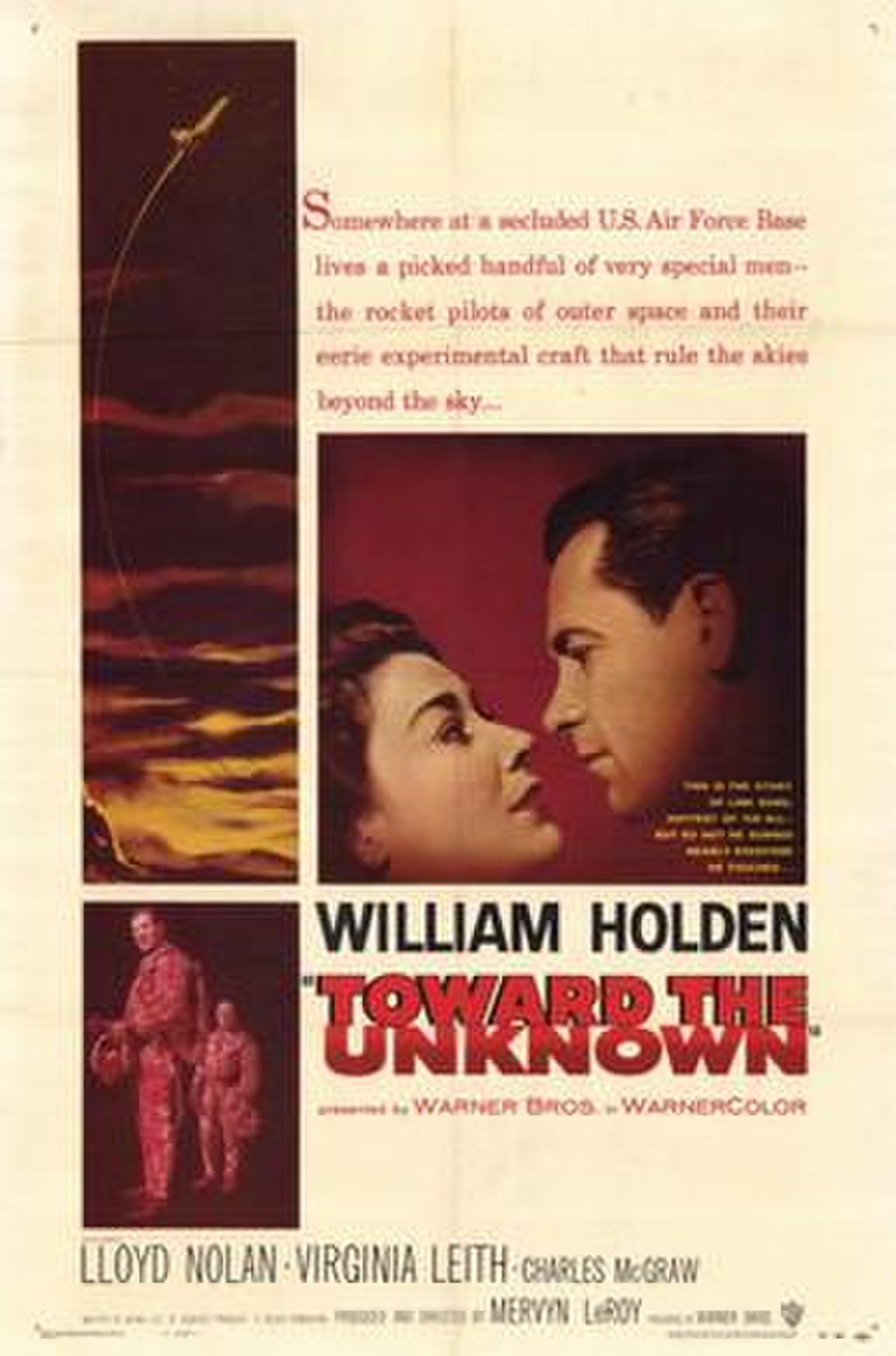 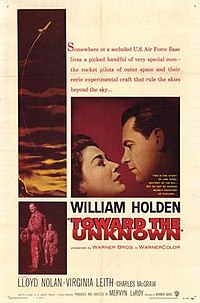 Toward the Unknown, originally called Flight Test Center and titled Brink of Hell in its UK release, is a 1956 film about the dawn of supersonic flight filmed on location at Edwards Air Force Base. Starring William Holden, Lloyd Nolan and Virginia Leith, the film features the screen debut of James Garner.

USAF Major Lincoln Bond (William Holden) was captured during the Korean War and subjected to torture, finally cracking after 14 months and signing a confession used for propaganda. Upon his release, he took a year to recover from the ordeal before showing up at the Flight Test Center at Edwards Air Force Base, hoping to return to work as a test pilot. His old buddy, Colonel McKee (Charles McGraw), tries his best for him, but the base commander, Brigadier General Banner (Lloyd Nolan), turns him down because he cannot trust him to be stable. A complication is that the general's secretary and love interest, Connie Mitchell (Virginia Leith), is an old flame. Bond presses for a job and accepts the general's offer of routine flying in support. Banner is a hands-on leader, taking the most dangerous assignments himself.