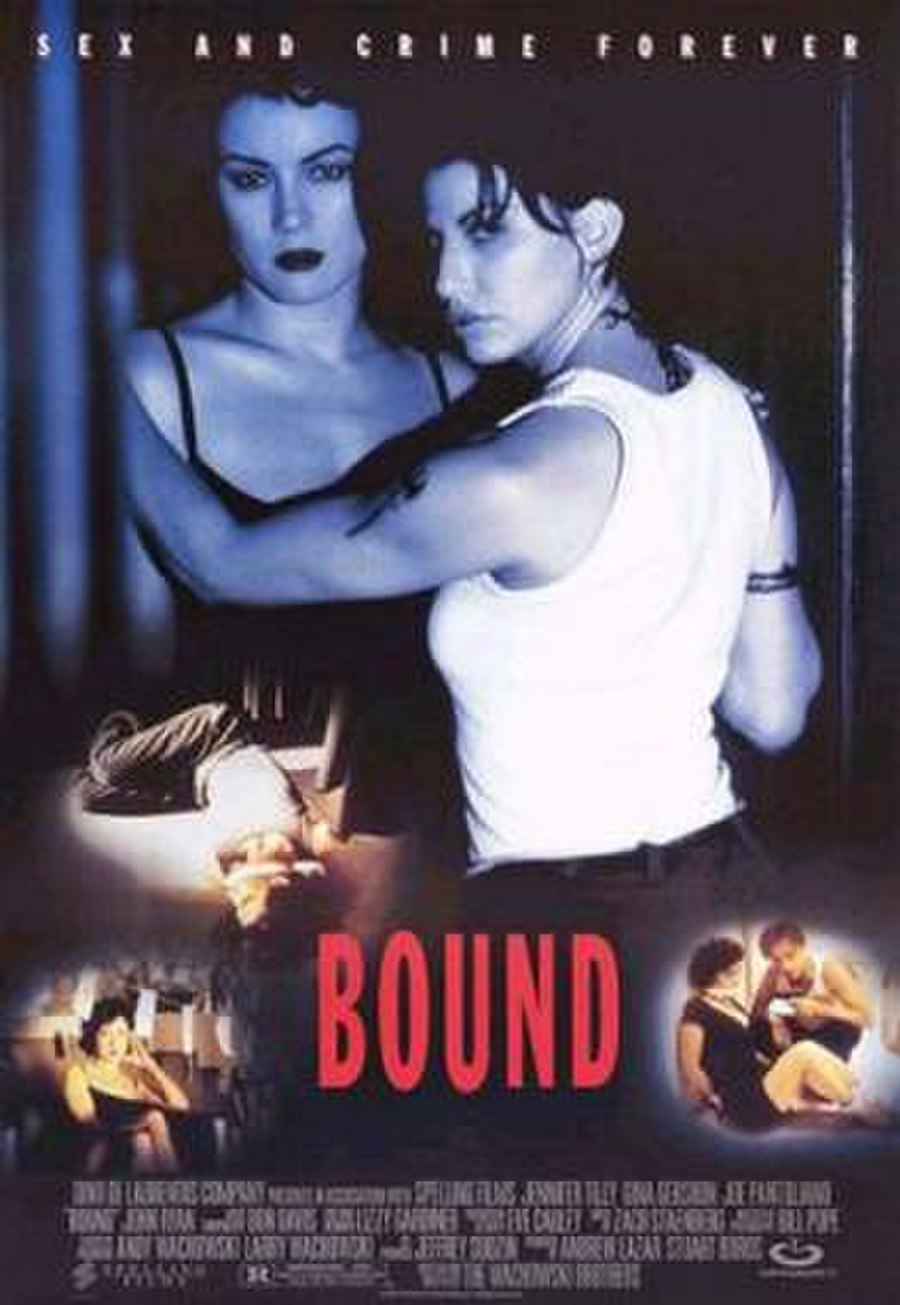 Bound is a 1996 American neo-noir crime thriller film written and directed by the Wachowskis in their feature film directorial debut. Violet (Jennifer Tilly), who longs to escape her relationship with her mafioso boyfriend Caesar (Joe Pantoliano), enters into a clandestine affair with alluring ex-con Corky (Gina Gershon), and the two women hatch a scheme to steal $2 million of Mafia money.

Corky, a lesbian ex-con, is hired as a painter and plumber at an apartment building. She encounters Violet and Caesar, the couple who live next-door to the apartment she is renovating. While Caesar is gone, Violet deliberately drops an earring down the sink; the building owner sends Corky to retrieve it. Violet admits she dropped the earring on purpose and starts to seduce Corky. They are interrupted by Caesar's arrival and Corky returns to work. When she leaves for the day, Violet follows her to her truck. They go to Corky's apartment and have sex. The next morning, Violet tells Corky that Caesar is a money launderer for the Mafia and they have been together for five years.