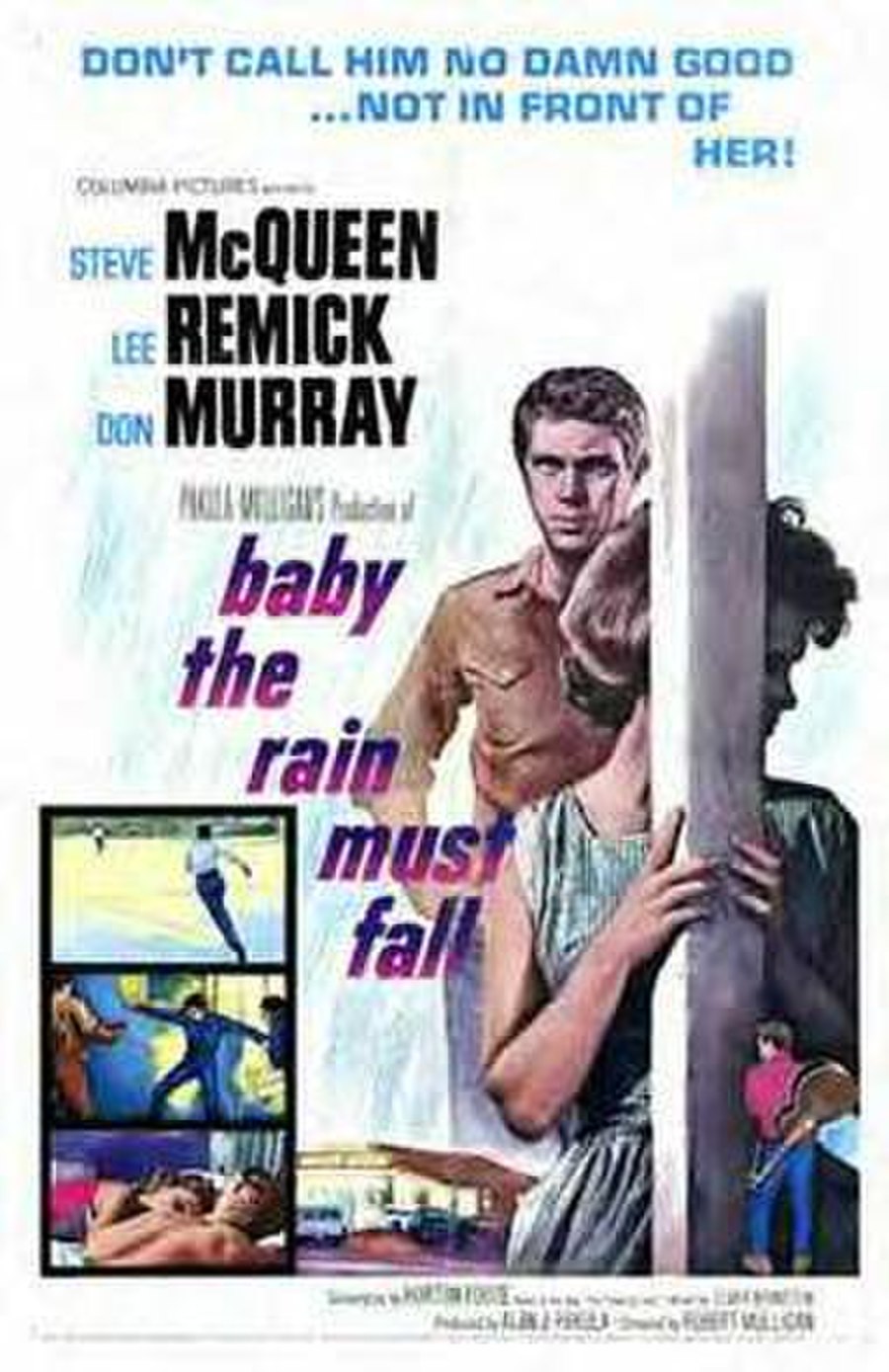 Baby the Rain Must Fall is a 1965 American drama film directed by Robert Mulligan and starring Lee Remick, Steve McQueen and Don Murray. Dramatist Horton Foote, who wrote the screenplay, based it on his 1954 play The Traveling Lady. This is Glen Campbell's film debut, in an uncredited role.

Georgette Thomas (Lee Remick) and her six-year-old daughter Margaret Rose (Kimberly Block) travel from the East Texas town of Tyler to (unknown to him) meet her husband Henry Thomas (Steve McQueen) in his small coastal prairie southeastern Texas hometown of Columbus, Texas. Henry is a somewhat irresponsible rockabilly singer/guitarist, he has recently been released from prison after serving time for stabbing a man during a drunken brawl, and wasn't thinking of Georgette at all.