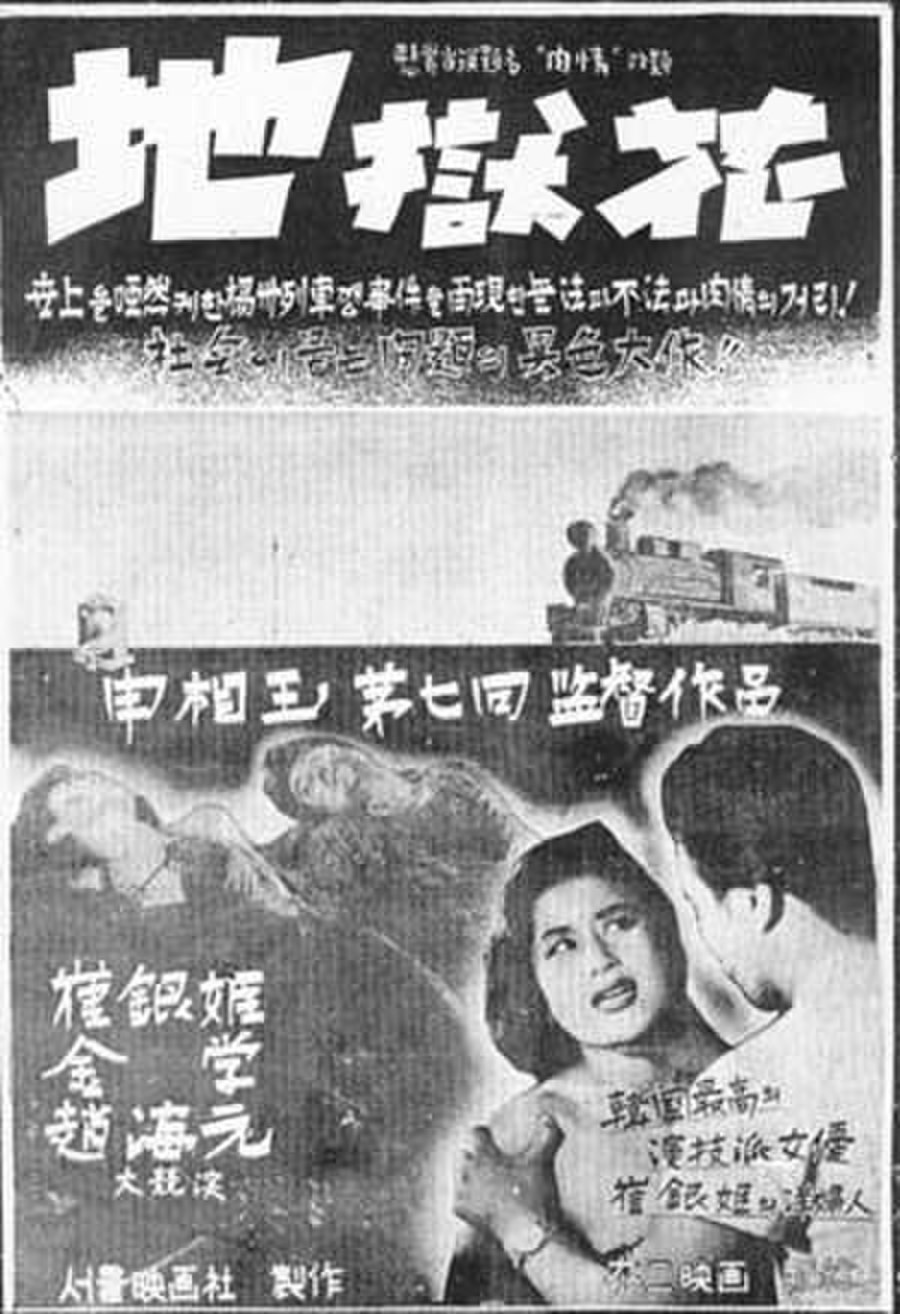 A Flower in Hell is a 1958 South Korean film directed by Shin Sang-ok. For her performance in the film, Shin's wife, Choi Eun-hee was given the Best Actress award at the 2nd Buil Film Awards. During the Korean War, director Shin Sang-ok had shared an apartment with a prostitute in order to live more comfortably rather than sharing a one-room evacuation apartment with several families, giving him insight in the subject of the film.

Two weeks after leaving the army, Dong-shik (Cho Hae-won), arrives in post-Korean War Seoul in search of his brother, Yeong-shik (Kim Hak-a), hoping to bring him back home to take care of their mother. The city is destitute, with few jobs, high crime, a huge American military presence, and a thriving black market economy.