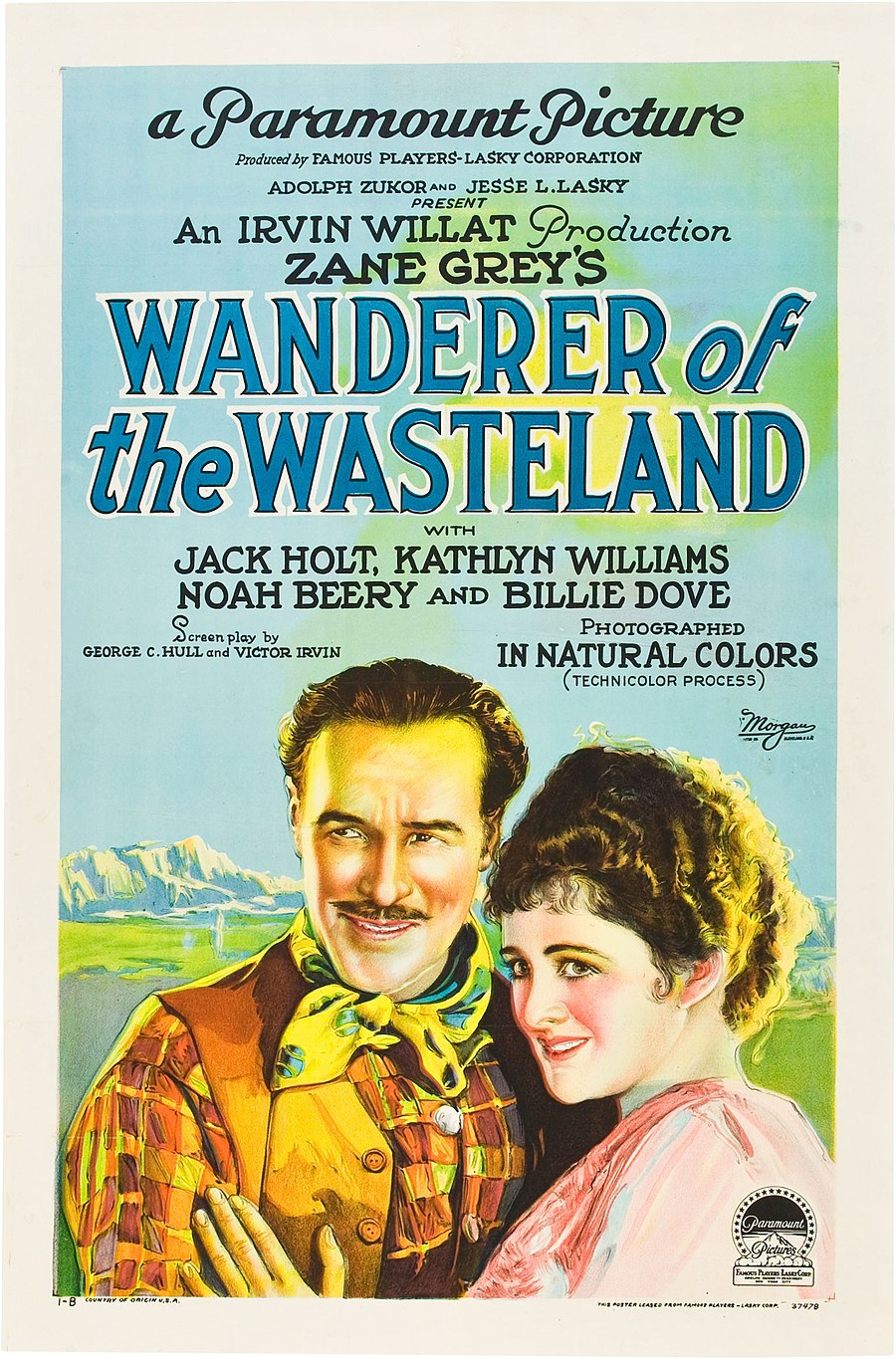 Wanderer of the Wasteland 1924

Wanderer of the Wasteland is a 1924 American color silent Western film directed by Irvin Willat and starring Jack Holt, Noah Beery, and Billie Dove. It was the third feature film to be photographed entirely in Technicolor.

The film is based on Zane Grey's 1923 novel of two brothers, one an honest cowpoke, the other a gambler. When Adam Larey (Jack Holt) confronts his younger brother Guerd (James Mason) about his gambling addiction, the latter is accidentally shot. A distraught Adam, believing he has killed his own brother, flees into the desert. He later learns that Guerd was merely wounded and returns to the loving arms of beautiful Billie Dove.