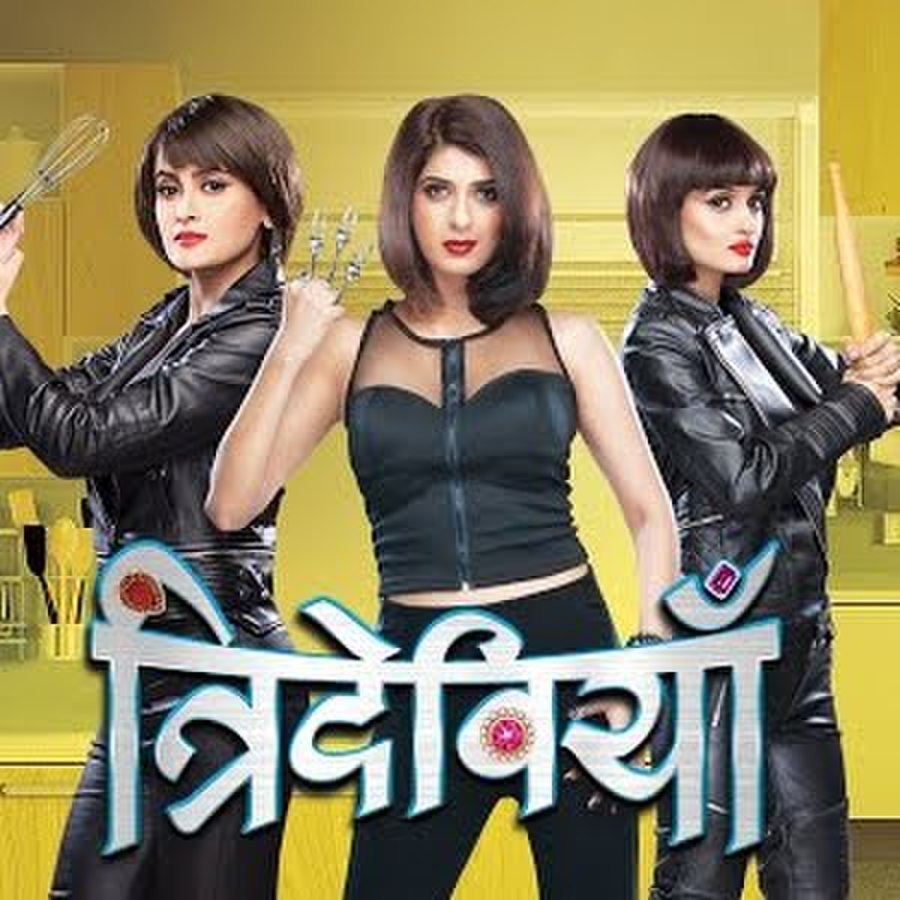 Trideviyaan is an Indian Hindi Thriller television series, which was broadcast on SAB TV. The series is produced by Full House Media of Amir and Sonali Jaffar.

The plot follows the story of two girls - Dhanushree a.k.a. Dhannu (Aishwarya Sakhuja) and Tanushree a.k.a. Tannu (Samaira Rao) who are caring housewives and also, work as secret agents for their father-in-law, Dinanath Chauhan (Rituraj Singh) alias Agent Himalaya. Dhannu alias Agent Laal Kila is married to Dinanath's elder son Shaurya Chauhan (Anshul Trivedi) who is an honest and brave police inspector and Tannu alias Agent Hawa Mahal marries Dinanath's younger son, Garv Chauhan (Winy Tripathi) who is a crime news reporter. On their wedding day, when the time comes to leave the maternal home, Tannu locks the door of her room and refuses to leave. When asked, she confesses to Dinanath that she likes Garv but doesn't wish to go to her marital home and sacrifice her profession, which is a secret. But Dinanath reveals that he is aware of her secret, that she is UCA (Under Cover Army)'s secret agent and then he mentions that he is also a UCA agent, Agent Himalaya and henceforth she would continue in her profession by joining his secret army with another agent. Tannu then gladly accepts to leave for her new home and also thinks that the agent who would be joining her is her brother-in-law, Shaurya. On their way, they stop at a temple to complete Dhannu's manner regarding this marriage. But, as they were about to leave the temple after completing the "Mannat", a group of thieves threatens the entire Chauhan family, and they are taken to a distant place. There it is revealed to us that the second agent is Dhannu! The duo then beat up the goons and all the family members manage to escape. But Garv and Tannu are unable to spend time together on their wedding night as Tannu is called to Dinanath's secret lab where she is introduced to many new gadgets. But one day, Dinanath's younger daughter Manya Chauhan a.k.a. Mannu (Shalini Sahuta) comes to know about the secret of Tannu, Dhannu, and Dinanath that they are secret agents and wants to join their team as "Agent Qutub Minar" or else she will tell everyone, especially her mom, the secret.