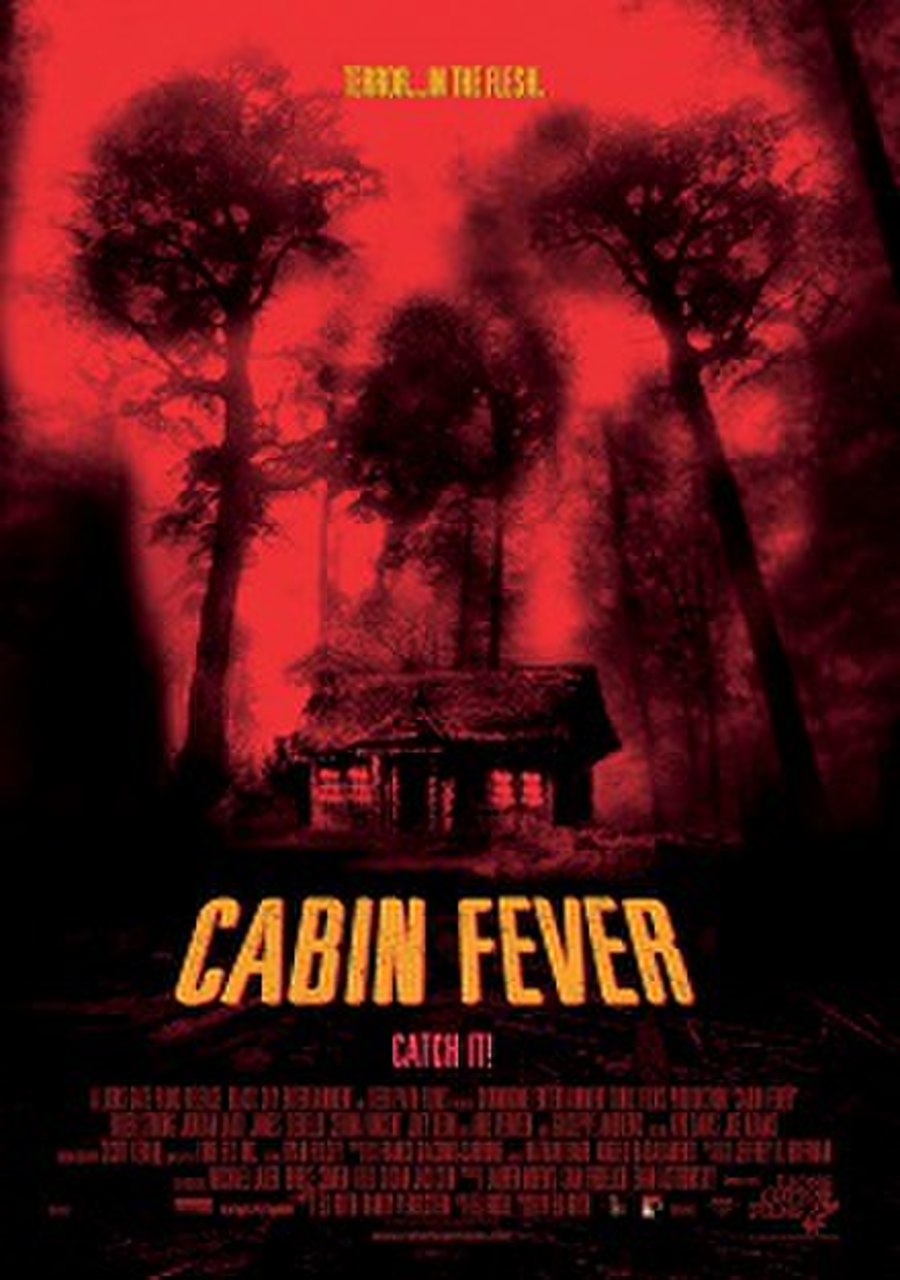 Cabin Fever is a 2002 American horror comedy film co-written and directed by Eli Roth (in his directorial debut) and starring Rider Strong, Jordan Ladd, James DeBello, Cerina Vincent, Joey Kern, and Giuseppe Andrews. The story follows a group of college graduates who rent a cabin in the woods and begin to fall victim to a flesh-eating virus. The inspiration for the film's story came from a real-life experience during a trip to Iceland when Roth developed a skin infection.

A hermit walking in the woods encounters his dog, who has died of a bloody infection, and the hermit becomes infected. Meanwhile, college students Jeff, Marcy, Paul, Karen, and Bert take a vacation to a remote cabin to celebrate spring break. Bert leaves to shoot squirrels but shoots the now disfigured and bloody hermit. Despite the hermit's pleas, Bert flees and remains silent about the incident.