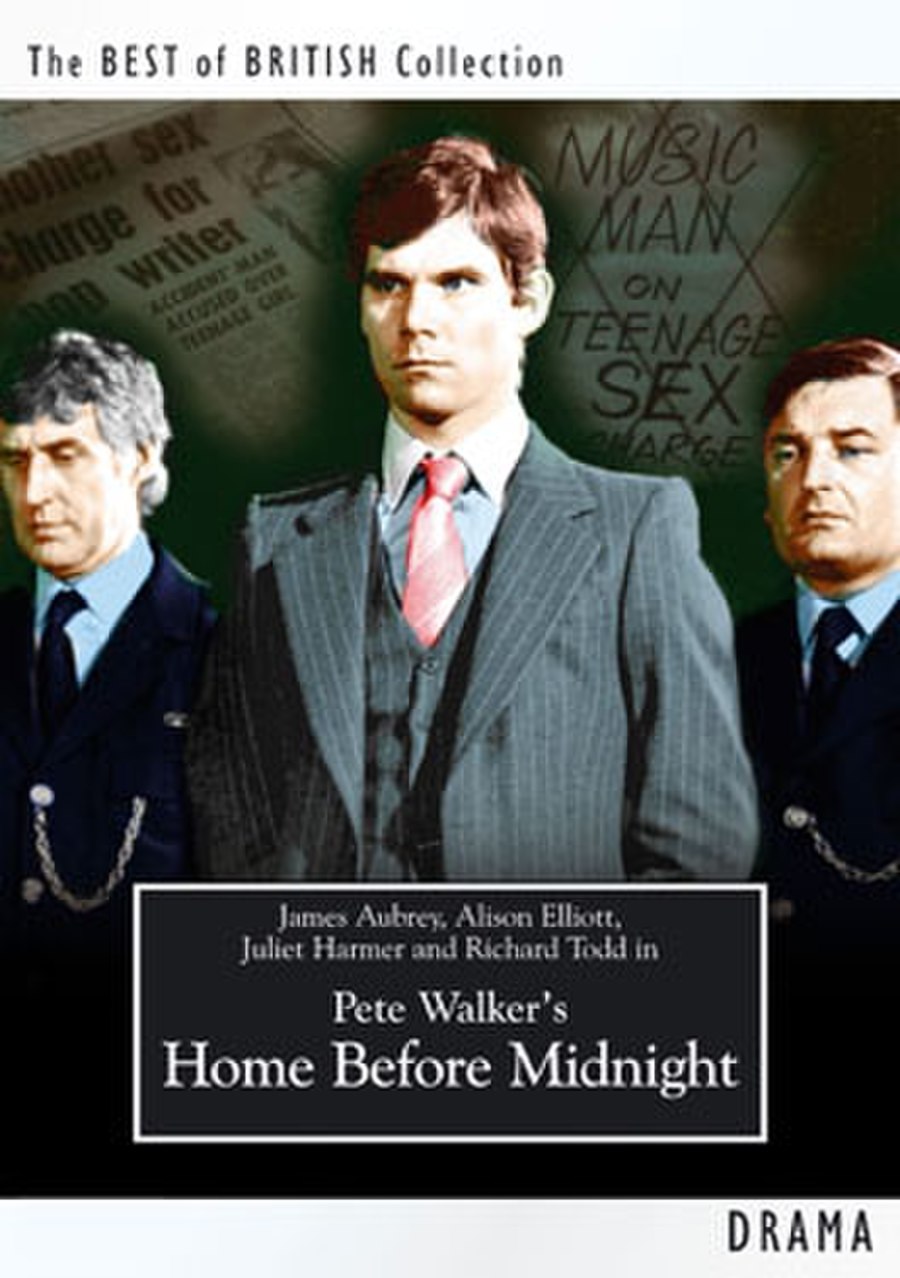 Home Before Midnight is a 1979 British drama film directed by Pete Walker, written by Murray Smith, and starring James Aubrey, Alison Elliott and Richard Todd. It is set in London and follows a 28 year old songwriter who is put on trial for having sex with a 14 year old girl.