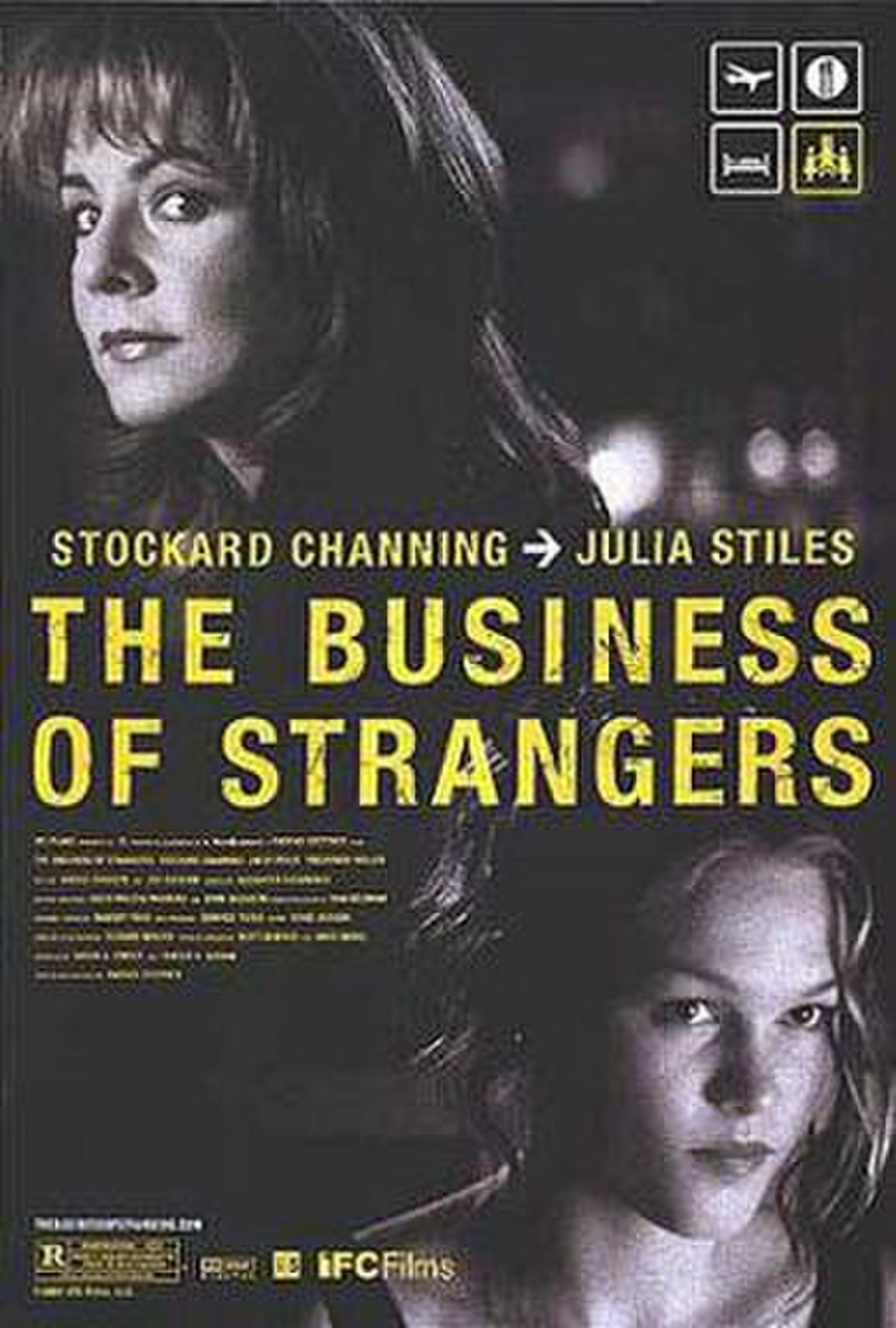 The Business of Strangers 2001

The Business of Strangers is a 2001 American drama film that tells the story of an eventful night shared between a middle-aged businesswoman and her young assistant. The independent film was written and directed by Patrick Stettner. It stars Stockard Channing and Julia Stiles.

Julie Styron (Channing) is a middle-aged business woman flying out of town to attend an important meeting. When her CEO contacts her and asks her to meet him for dinner afterward, she worries that her job may be in danger and engages the help of a headhunter named Nick Harris (Fred Weller) to look for a new position. Her mood worsens when her new assistant Paula Murphy (Stiles) is 45 minutes late to the meeting, which as a result goes badly. After its end, Julie fires Paula and they part ways.