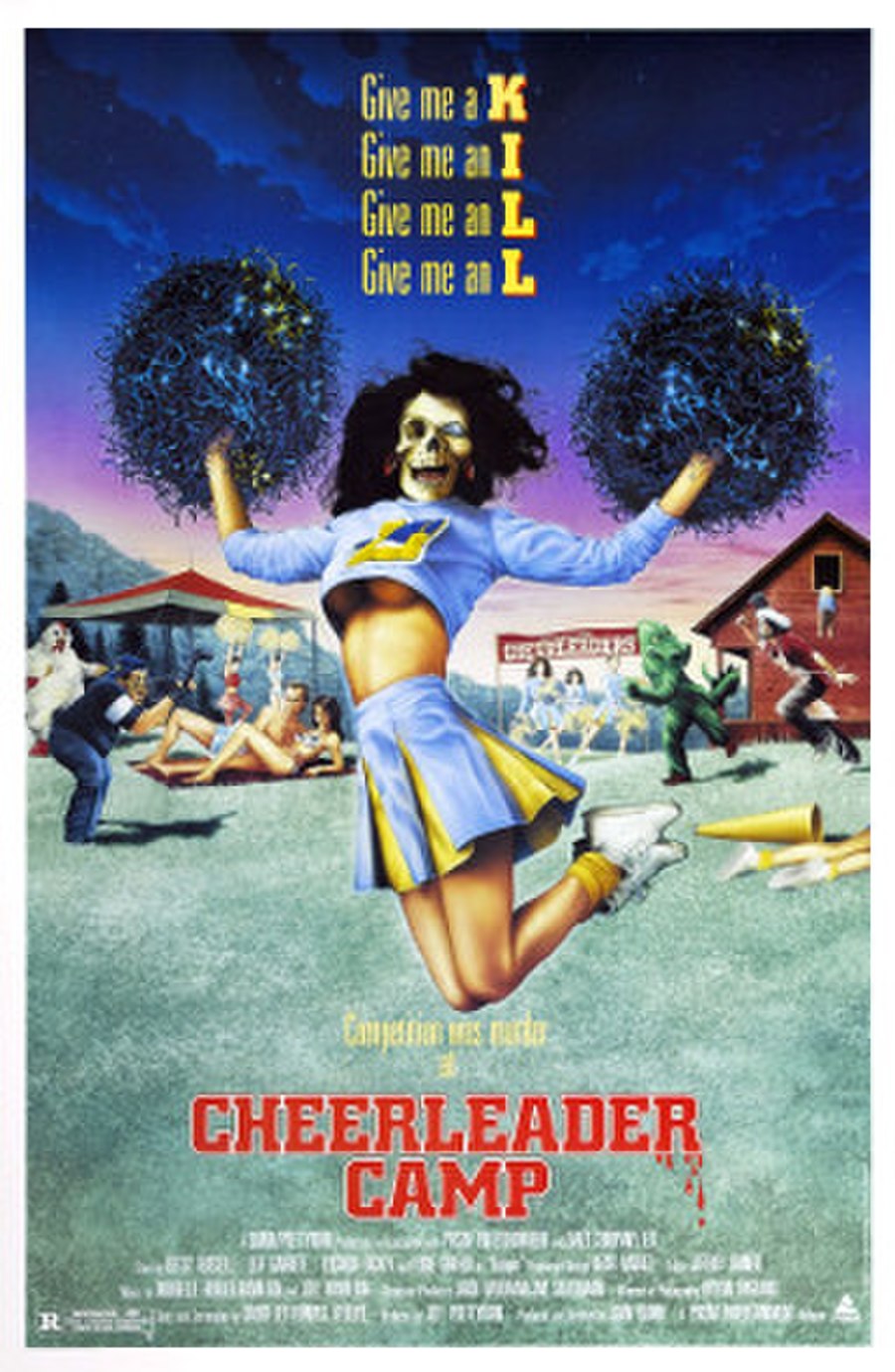 Cheerleader Camp (originally titled Bloody Pom Poms) is a 1988 American slasher film produced and directed by John Quinn in his directorial debut. It stars Betsy Russell, Leif Garrett, Lucinda Dickey, and Lorie Griffin. The film follows a troubled young woman who arrives at a cheerleader summer camp for a competition, where a series of murders begin to occur.

Cheerleader Alison is tormented by nightmares revolving an impending cheerleading competition. She arrives at a cheerleader camp to train with her teammates, where she rooms with the mascot, Cory, who is often ridiculed by the cheerleaders; Alison's boyfriend, Brent, immediately begins flirting with a blonde cheerleader named Suzy. The girls go to the river where they sunbathe, and are spied on by Tim, a member of Alison's cheering team. Also watching them is Sheriff Poucher, who gets interrupted by the camp handyman, Pop.