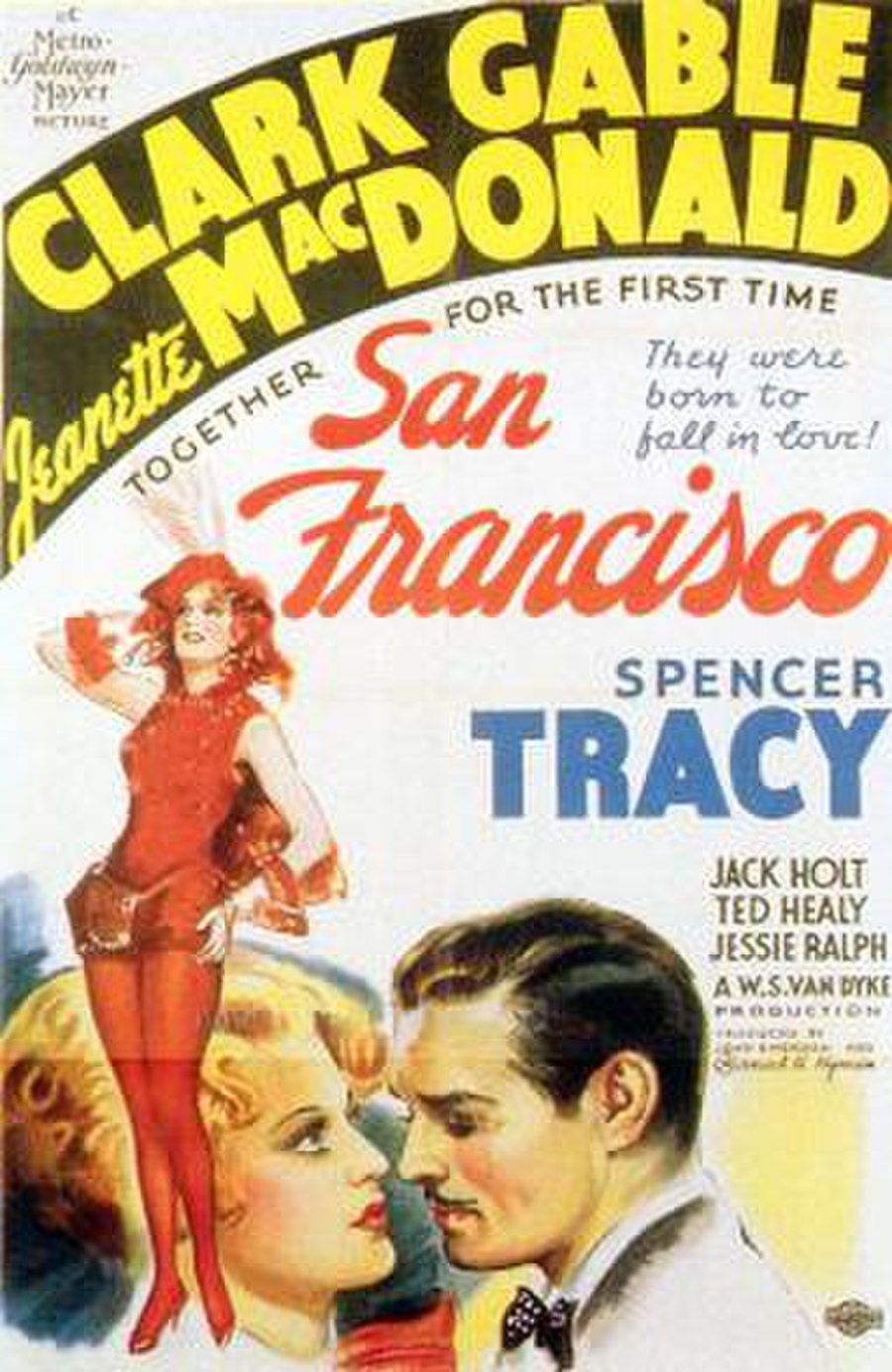 San Francisco is a 1936 musical-drama disaster film directed by Woody Van Dyke, based on the April 18, 1906 San Francisco earthquake. The film, which was the top-grossing movie of that year, stars Clark Gable, Jeanette MacDonald and Spencer Tracy. The very popular singing of MacDonald helped make this film a hit, coming on the heels of her other 1936 blockbuster, Rose Marie. Famous silent film directors D. W. Griffith and Erich von Stroheim worked on the film without credit. Griffith directed some of the mob scenes while von Stroheim contributed to the screenplay.

The film opens with two men in boxing gloves and trunks sparring vigorously. One knocks the other squarely down, concluding their session. Changing out of their exercise gear, the latter dons a natty suit, the former a priest's collar.