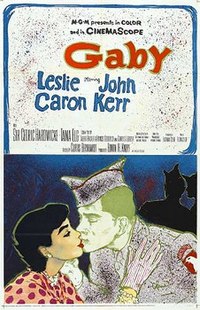 Gaby (Caron) is a ballet dancer in 1944 London who runs into corporal Gregory Wendell (Kerr) while rushing to catch the bus. Greg is mesmerized by Gaby and goes to the ballet to see her on stage, but Gaby wants nothing to do with Greg. He persists, and by the end of the day, she agrees to marry him.