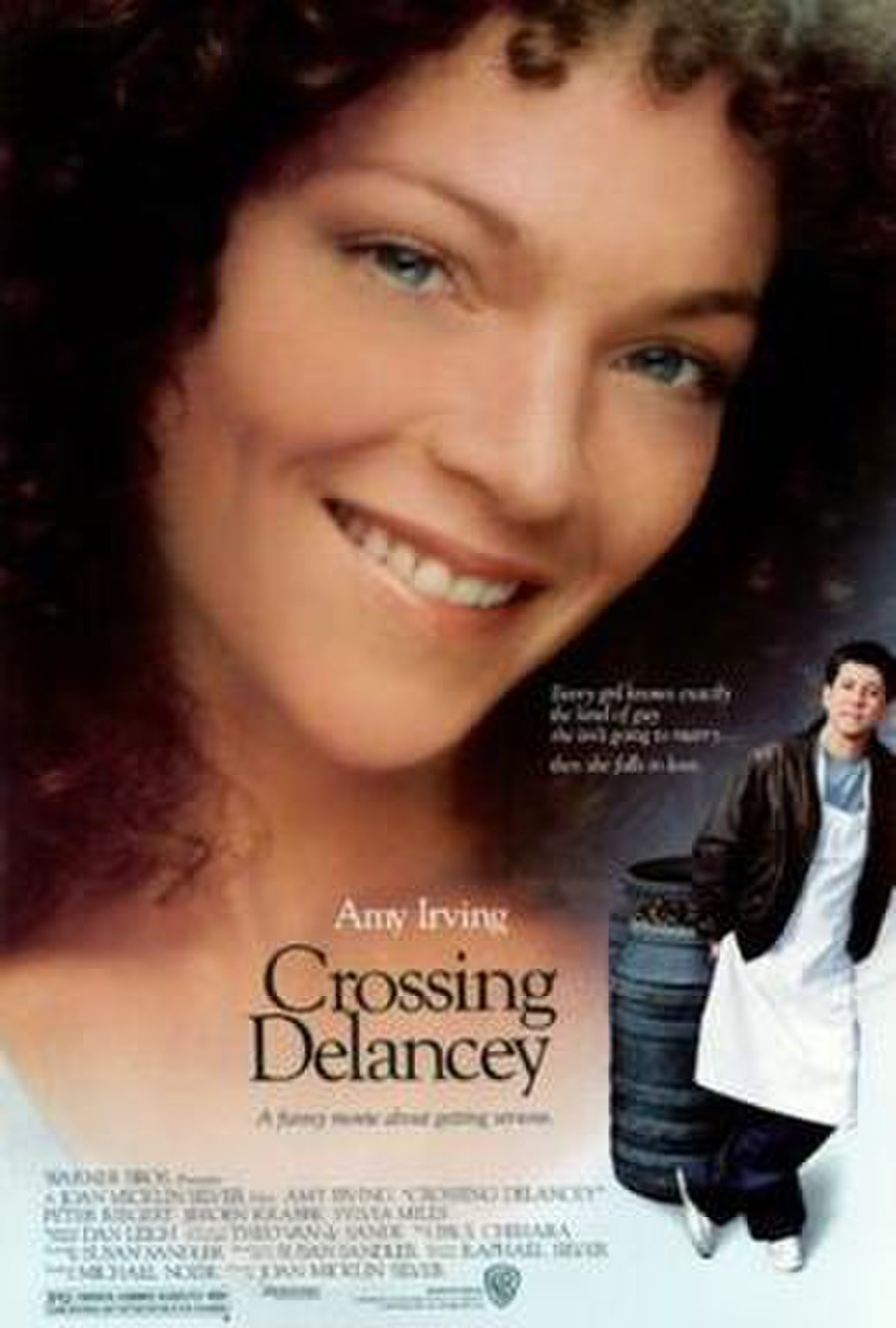 Crossing Delancey is a 1988 American romantic comedy film starring Amy Irving and Peter Riegert. Joan Micklin Silver directed it, drawing upon a play by Susan Sandler, who also wrote the screenplay. Amy Irving was nominated for a Golden Globe for the movie, for Best Actress in a Motion Picture - Comedy or Musical.

Isabelle Grossman works for a New York bookstore which supports authors through public readings. When author Anton Maes comes to the bookstore to give a reading, he shows an interest in Isabelle, who is enamored with the intellectual world that is very different from her traditional Jewish upbringing.