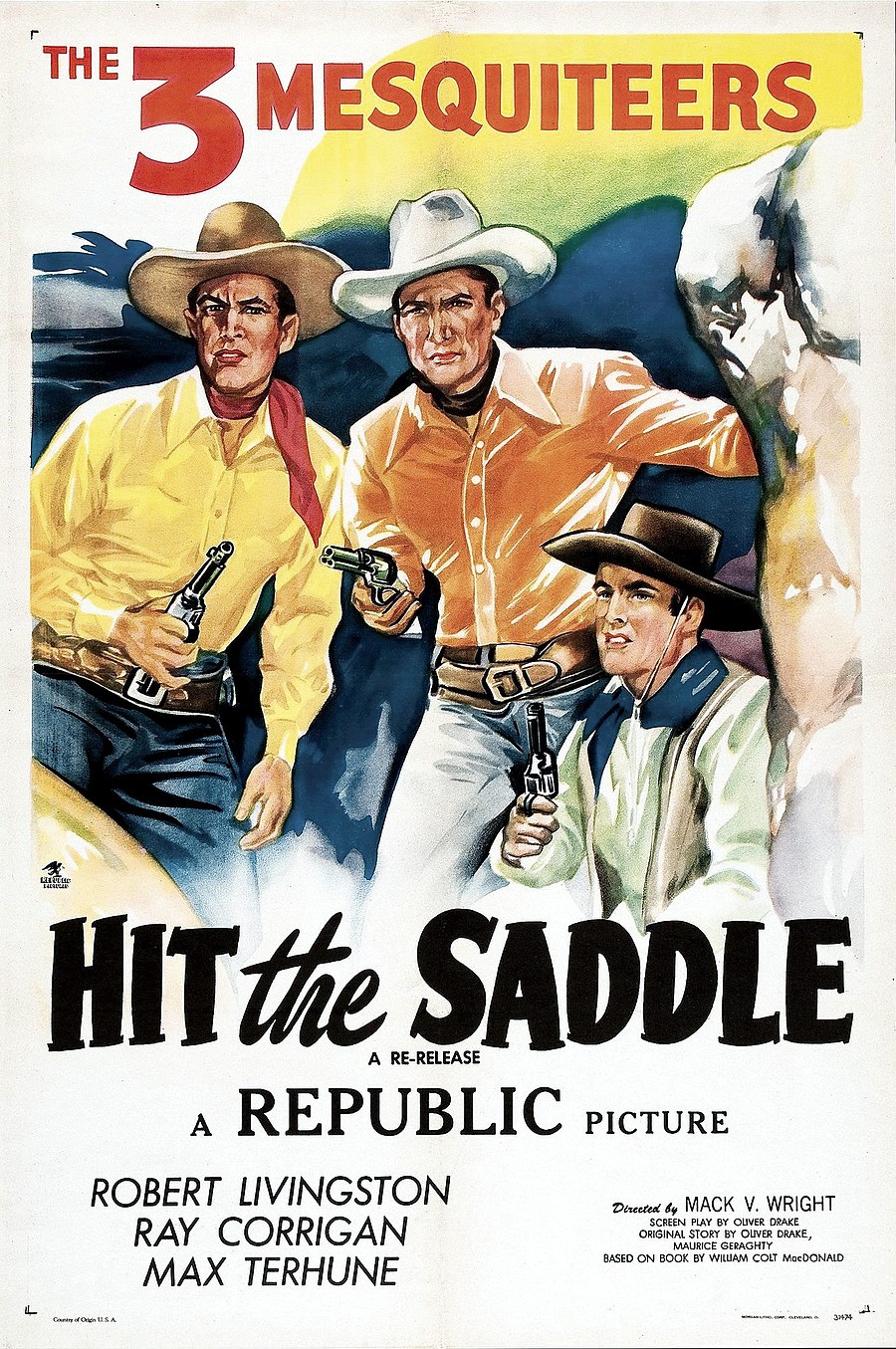 Hit the Saddle is a 1937 "Three Mesquiteers" Western B-movie starring Bob Livingston, Ray Corrigan, Max Terhune, and Rita Hayworth, before she became famous. It was second in The Three Mesquiteers series released by Republic Pictures. The film was directed by Mack V. Wright.

A team of men that work for cattle rancher Rance McGowan attempt to capture a herd of wild horses on an Arizona wild horse refuge, but they are protected by the US government. The men are arrested by the sheriff and his men for the attempt. When Sheriff Miller confronts McGowan, he claims that he sent his men to look for some brood mares that he lost. McGowan has his men paint Volcano, his stallion, to disguise him as a pinto to infiltrate the wild horse herd in order to cause stampeding. After several stampedes cause crop damage, injury and one death, the other ranchers go to Sheriff Miller for help. Miller and the Three Mesquiteers go in search of the pinto that they feel is causing the wild horses to stampede. Meanwhile McGowan's men are initiating another stampede, using Volcano, which causes Miller's horse to stumble and fall, throwing Miller off his horse injuring him. Before Miller has the chance to move out of the way Volcano stomps on him, killing him.