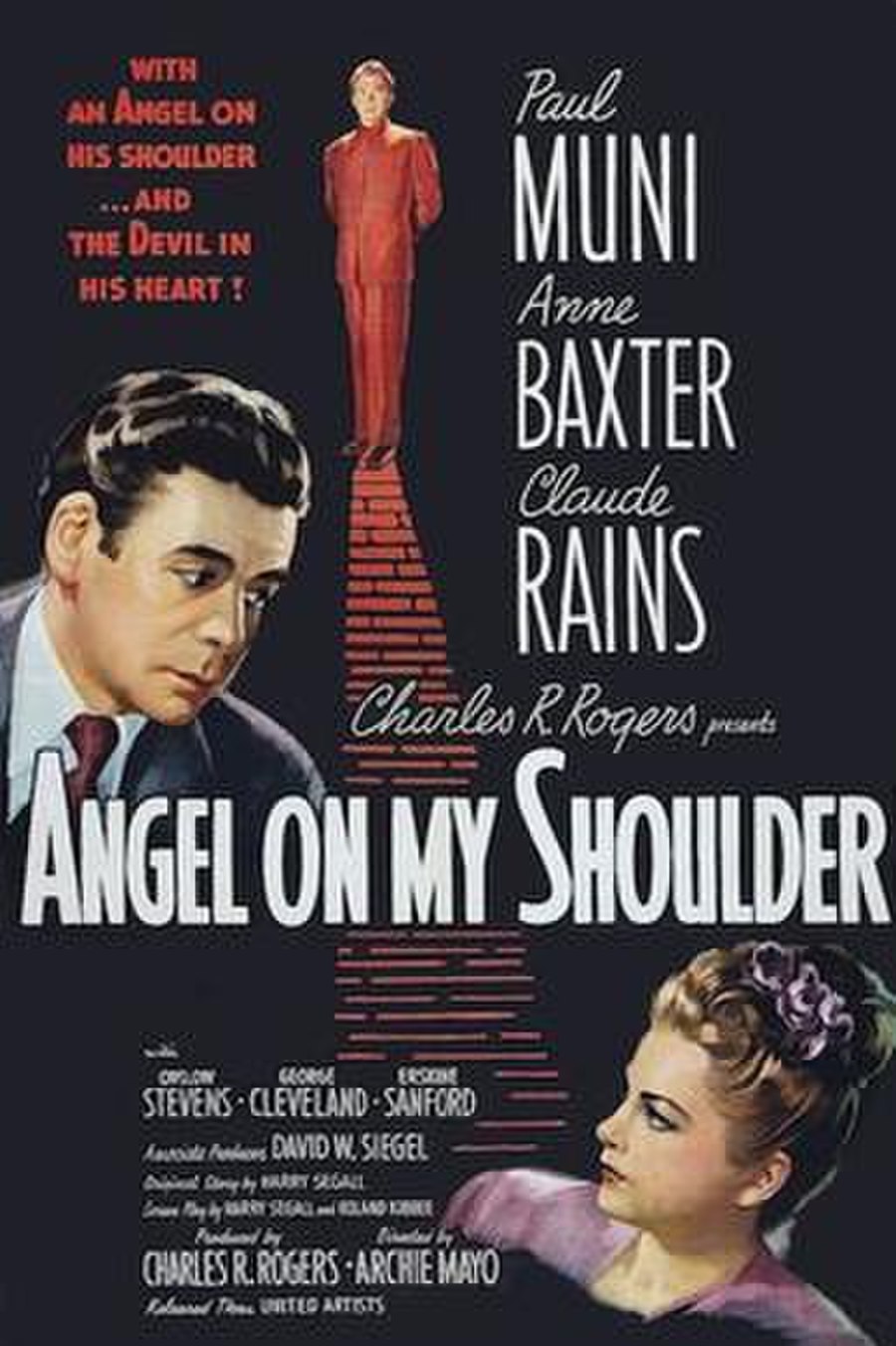 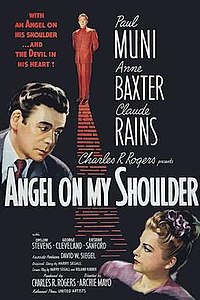 Angel on My Shoulder is a 1946 American fantasy film directed by Archie Mayo and starring Paul Muni, Anne Baxter and Claude Rains. The plot is about a deal between the Devil and a dead man.

After his release from prison, gangster Eddie Kagle is killed by his partner in crime, Smiley Williams. Kagle ends up in Hell, where "Nick" offers him a chance to leave and avenge his own death in exchange for help with a problem. Kagle looks exactly like Judge Frederick Parker, an upright man who is causing Nick distress because he is entirely too honest. Nick fears that Parker may cause him more anxiety in future, as he is running for governor of his state. Nick wants to destroy Parker's reputation and Kagle readily agrees to have his soul transferred into Parker's body.