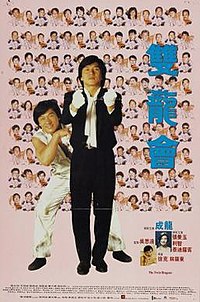 In 1965, a Hong Kong couple (Sylvia Chang and James Wong) are doting on their newborn identical twin boys. Meanwhile, a dangerous gang leader named Crazy Kung (Kirk Wong) is being transported as a captive in the same hospital. Crazy Kung escapes and attempts to take one of the twins hostage, and in the ensuing chaos the twins are permanently separated. One of the twins, named Ma Yau, is taken to America by his parents and grows up to be a concert pianist and conductor. The other twin, Ma Wan, is found and raised by an alcoholic woman named Tsui (Mabel Cheung), and becomes a street racer and martial artist named Bok Min. For years, neither of them is aware that he has an identical twin brother.