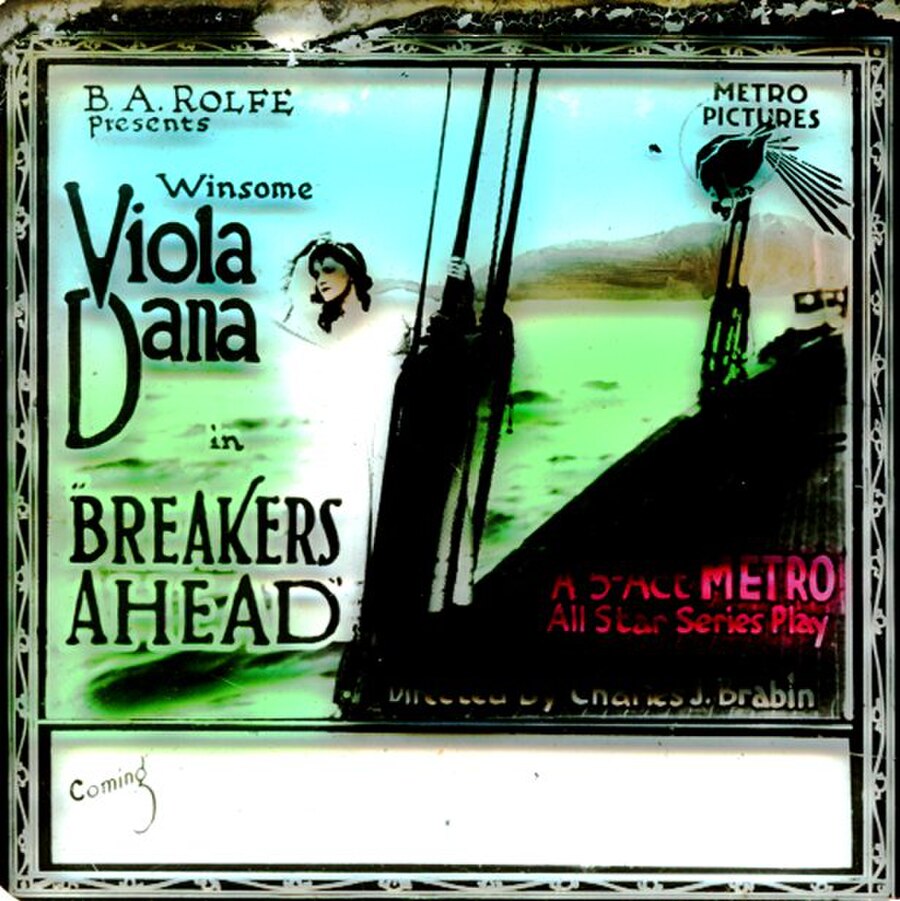 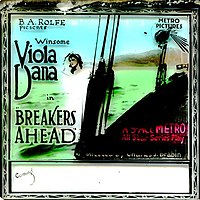 Breakers Ahead is a 1918 American silent drama film, directed by Charles Brabin. It stars Viola Dana, Clifford Bruce, and Mabel Van Buren, and was released on March 25, 1918.

Agnes Bowman is the sweetheart of Captain Scudder, a local seafarer. After he leaves on an extended voyage, Agnes gives birth to a baby girl, Ruth. When Agnes' sister, Agatha is married, the newspapers erroneously state the name of the bride as Agnes. Scudder reads the newspaper account, and heartbroken, decides not to return to his home port.