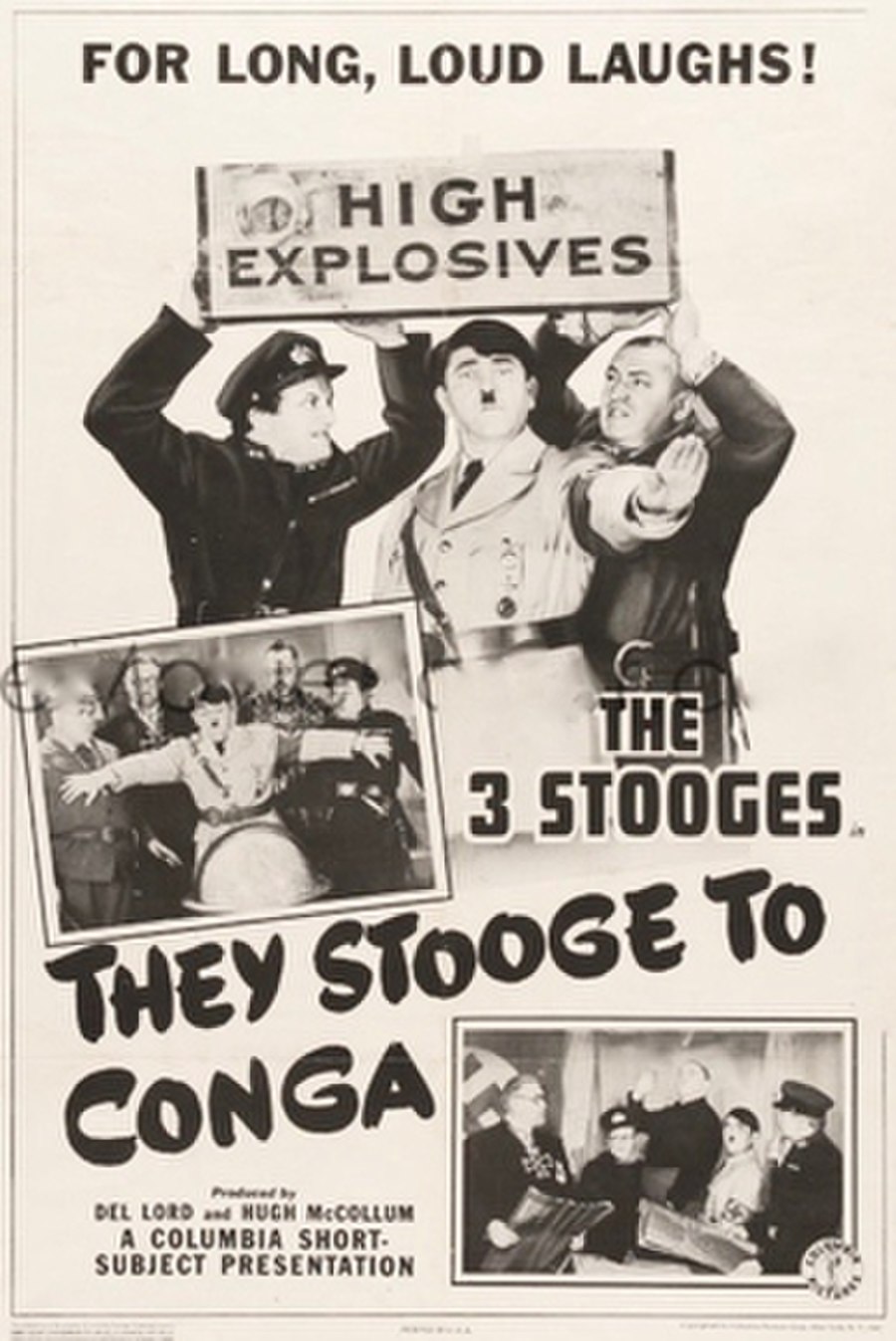 They Stooge to Conga is a 1943 short subject directed by Del Lord starring American slapstick comedy team The Three Stooges (Moe Howard, Larry Fine and Curly Howard). It is the 67th entry in the series released by Columbia Pictures starring the comedians, who released 190 shorts for the studio between 1934 and 1959.

The Stooges are incompetent and dim-witted repairmen fixing the doorbell of a large house, which, unbeknownst to them, is the secret headquarters of a group of Nazi agents, headed by the ruthless Hans (Vernon Dent). They manage to disembowel the wiring of the walls and destroy most of the house as they work. Moe and Larry then subdue Hans and his Japanese cohort, assume their wardrobes (emulating Adolf Hitler and Hideki Tojo) and ultimately sink their submarine by remote control. The boys are caught before the remote control falls, leading to an explosion.