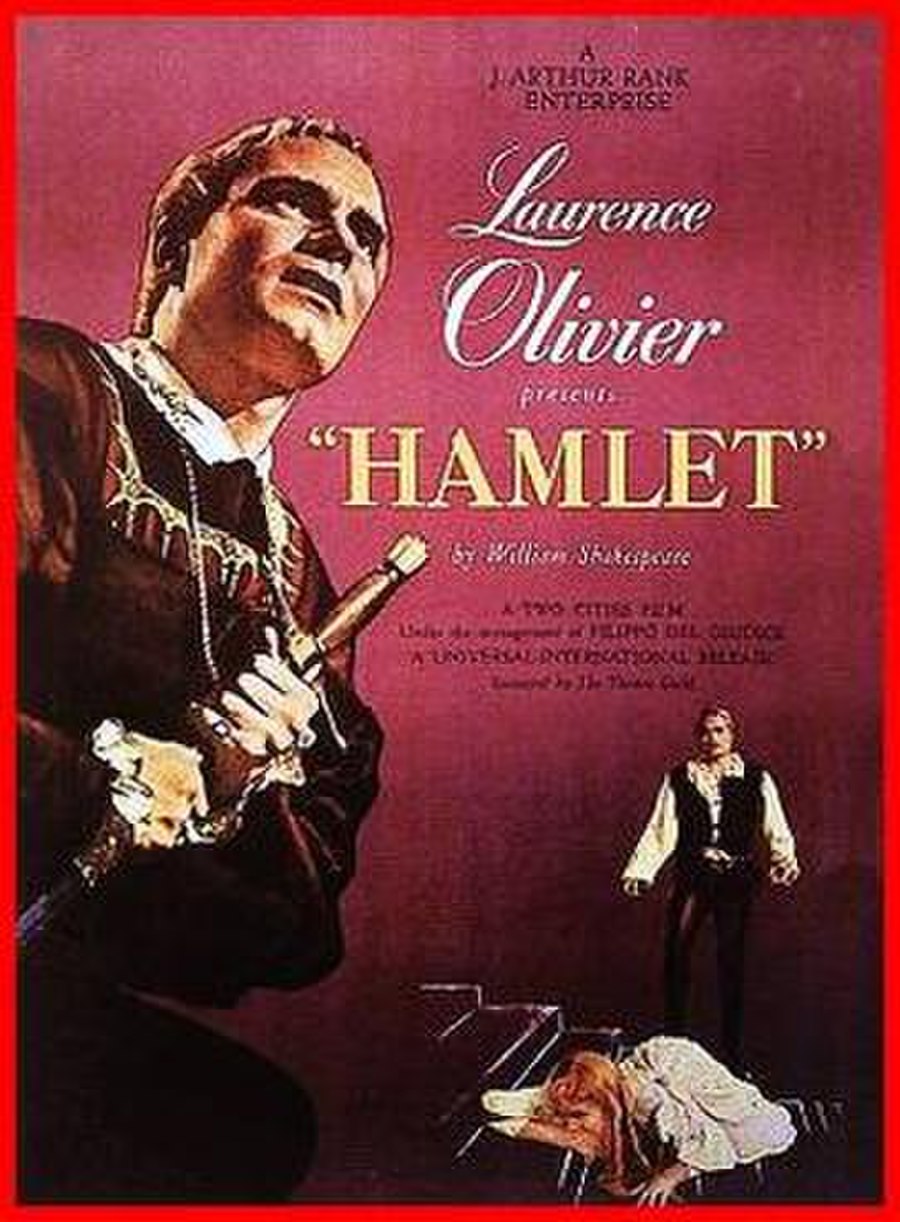 Hamlet is a 1948 British film adaptation of William Shakespeare's play of the same name, adapted and directed by and starring Laurence Olivier. Hamlet was Olivier's second film as director and the second of the three Shakespeare films that he directed (the 1936 As You Like It had starred Olivier, but had been directed by Paul Czinner). Hamlet was the first British film to win the Academy Award for Best Picture. It is the first sound film of the play in English. Khoon Ka Khoon, a 1935 sound film adaptation, had been made in India and filmed in the Urdu language.

The film follows the overall story of the play, but cuts nearly half the dialogue and leaves out two major characters.