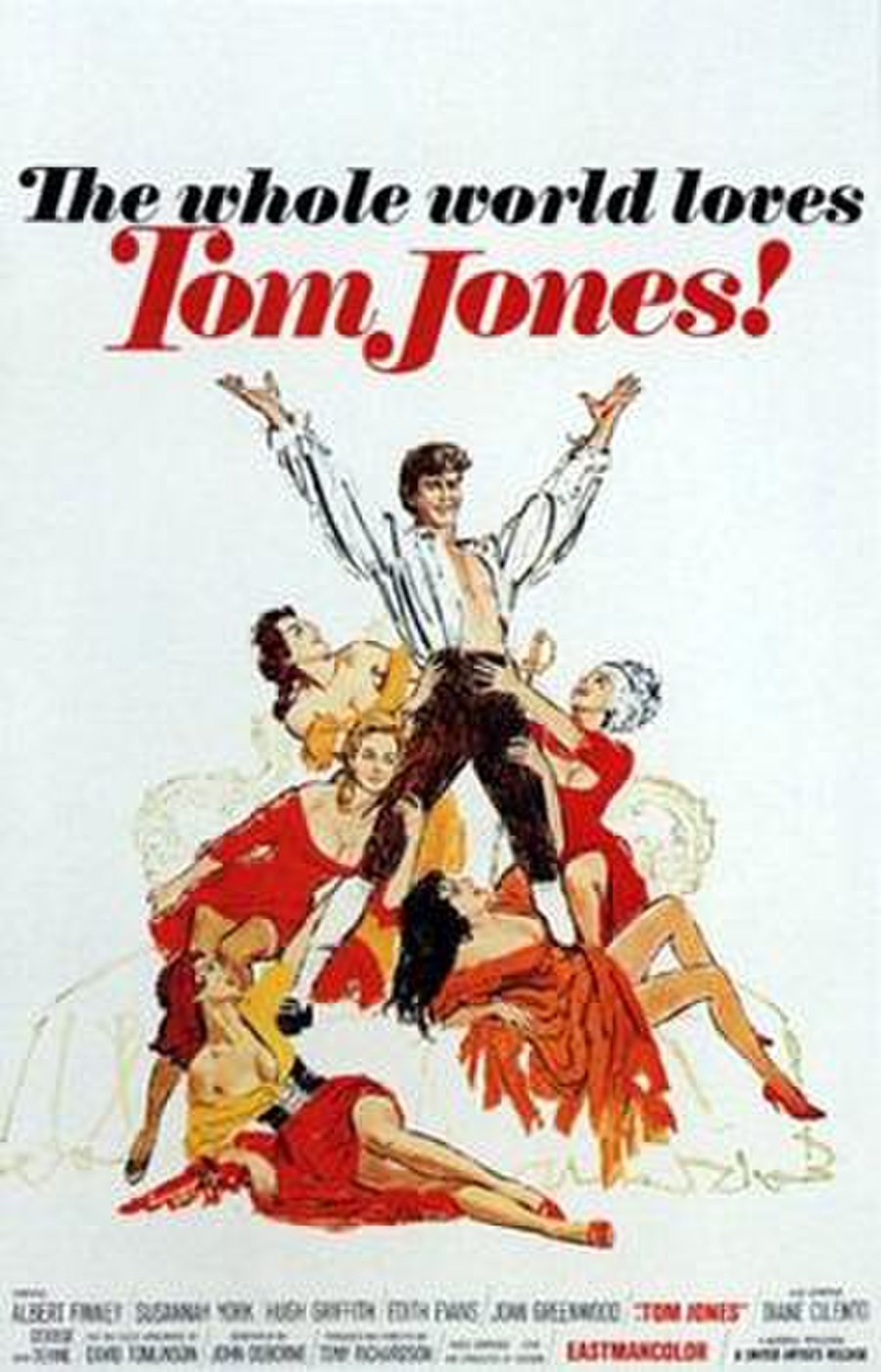 Tom Jones is a 1963 British comedy film, an adaptation of Henry Fielding's classic 1749 novel The History of Tom Jones, a Foundling, starring Albert Finney as the titular hero. It was one of the most critically acclaimed and popular comedies of its time, and won four Academy Awards, including Best Picture. The film was produced and directed by Tony Richardson and the screenplay was adapted by playwright John Osborne.

The film begins with a silent film sequence, with subtitles, during which Squire Allworthy returns to his estate after a lengthy stay in London and discovers a baby in his bed. Thinking that one of his maids, Jenny Jones, and his barber, Mr. Partridge, conceived the illegitimate baby out of lust, the squire banishes them. He names the infant Tom Jones and chooses to raise him as if he were his own son; Tom grows up loving him like a father.